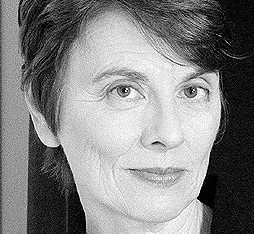 It was on this date, April 2, 1947, that American author, teacher, and social critic Camille Paglia was born. She was brought up in New York by Italian immigrant parents and spent her earliest days on a farm before her educator-father moved the family to more urban surroundings. Paglia graduated Harpur College at Binghamton University as class valedictorian in 1968, afterward attending Yale University as a graduate student until 1972, where she claims to have been the only open lesbian. Her relationship with modern feminism has been prickly at best, vitriolic at worst, in part because she actually praises masculinity: she has picked fights with and been counter-attacked by every leading feminist from the 1990s, with the publication of Sexual Personae (1990) – in which she claims that religion was invented as a means of containing the chaotic forces of human nature – to today, with her lectures, articles and other works, such as Sex, Art and American Culture (1992) and Vamps and Tramps (1994) – in which she reflects on the perils of regulating pornography and the puritanical excesses of the women's movement, as well as coming out as an atheist.

That same year, in a speech given at Georgetown University and airing on C-SPAN, she stated “I speak as an atheist” and “I do not believe in god.” In a 1999 Salon.com article, in which she wrote a monthly column, Paglia said, “As an atheist, I acknowledge that religion may be socially necessary as an ethical counterweight to natural human ferocity. The primitive marauding impulse can emerge very swiftly in the alienated young.” Although not a darling of the Left, or a Progressive, Paglia more closely allies with radical Libertarianism—“... That is, I oppose intrusions of the state into the private realm – as in abortion, sodomy, prostitution, pornography, drug use, or suicide, all of which I would strongly defend as matters of free choice in a representative democracy”—and often has a kind, if condescending, word to say about religion, saying in Salon (2001), “Although I'm an atheist who believes only in great nature, I recognize the spiritual richness and grandeur of the Roman Catholicism in which I was raised. And I despise anyone who insults the sustaining values and symbol system of so many millions of people of different races around the world.”

Paglia is not an orthodox atheist, by any means, because she often has sympathetic words to say about religion: “Anti-religious sneers are a hallmark of perpetual adolescents” and “I do not believe in God, but I believe God is man’s greatest idea. Those incapable of religious feeling or those (like hard-core gay activists) who profane sacred ground do not have the imagination to educate the young. … Until the left comes to its senses about the cultural power of religion, the right will continue to broaden its appeal” (Vamps and Tramps, p. xx) and “Traditional religions, with all their moral codes, are becoming increasingly attractive in light of the alternatives: the Prozac nation, or heroin, which has come back with a vengeance” (Playboy interview, May 1995). But it was Camille Paglia who said, “Jesus was a brilliant Jewish stand-up comedian, a phenomenal improviser. His parables are great one-liners.”

“Prostitution testifies to the amoral power struggle of sex, which religion has never been able to stop.” (Sexual Personae, 1990)

“I hate dogma in any form. I hated it in the Catholic Church and Girl Scout troops of the 1950s, and I hate in in gay activism and established feminism today.” (Vamps and Tramps, 1994, p. 104)

“A pagan education would sharpen the mind, steel the will, and seduce the senses. Our philosophy should be both contemplative and pugilistic, admitting aggression (as Christianity does not) as central to our mythology. The beasts of passion must be confronted, and the laws of nature understood.” (“No Law in the Arena: A Pagan Theory of Sexuality” in Vamps and Tramps, 1994)

"I was born a heretic," Anthony said. "I always distrust people who know so much about what God wants them to do to their fellows."