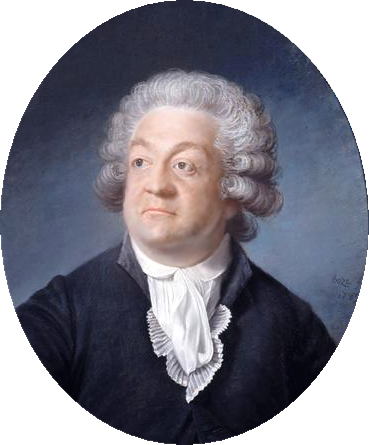 It was on this date, March 9, 1749, that French writer, diplomat, journalist and revolutionist Honoré Gabriel Riqueti, comte de Mirabeau was born. Before the French Revolution, Mirabeau was an officer in the army and was several times prosecuted for his courageous criticisms of the feudal system that kept the masses enslaved to the land. During the Revolution he was an influential leader, but a moderate voice who helped to keep the Government on temperate lines. For example, he advocated a reformed monarchy (much like that in England) and a destruction of the power of the Church (unlike that in England). However, during the king’s trial, Mirabeau’s secret dealings with the royal court were publicly revealed, in that he had acted as an intermediary between the monarchy and the revolution and had taken payment for it, so he was largely discredited thereafter.

Mirabeau was nearer to Atheism than to the more popular Deism among the intellectuals of his day. In 1789, on his death-bed, according to The French Revolution: A History by Thomas Carlyle (1837), Mirabeau pointed to the sun and said, “if that isn’t God it is at least his cousin.” Likewise, he rejected the belief in immortality: Mirabeau’s last action before dying, being then unable to speak, was to write one word: “dormir” (to sleep).

Georg W. F. Hegel (1770) It was on this date, August 27, 1770, that the great the German philosopher Georg Wilhelm Friedrich Hegel was born in Stuttgart. After studying theology at the University of Tübingen, he tutored at Bern and Frankfurt, then lectured at the University of Jena (1801-06), before becoming headmaster of a Nuremberg […]