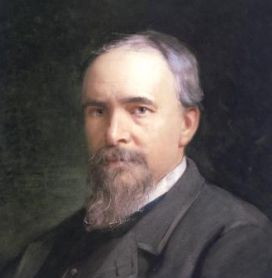 It was on this date, March 27, 1839, that the future 14th Premier of New Zealand, John Balance, was born in Mallusk, County Antrim, in Northern Ireland. Interested in books as a youth, he eventually became interested in politics. But, having witnessed the damage caused by religious rioting when in Belfast, Ballance also became committed to secularism. He and his wife emigrated to New Zealand in 1866 where he founded a newspaper, The Wanganui Herald, of which he became editor and remained an owner for the rest of his life, and for whose journalism he won public praise. Ballance received a military commission and was awarded the New Zealand Medal in 1867 for his fighting with the Māori chief Titokowaru.

Elected to the House of Representatives in 1875, he served in turn as Minister of Education, Minister of Finance, Native Minister, Minister of Defence and finally, leading the first Liberal government in 1891, Ballance became Premier. By all accounts, Ballance was the greatest Premier New Zealand (then colony) ever had. His government enacted significant social and economic changes based on his secularist ideals, although he did not live to see them, such as the Old Age Pensions Act and women's suffrage. Ballance was ever an outspoken Rationalist and earned New Zealand its reputation as the most progressive of the colonies. His Liberal Party stood in power for over 21 years.

Fond of books and chess and personally polite and patient in politics, John Ballance died suddenly at the height of his success and popularity on 27 April 1893 after surgery for an intestinal disease. A statue commemorating him stands before Parliament House in Wellington.