Religion in the 2nd Inaugural: Obama and Lincoln 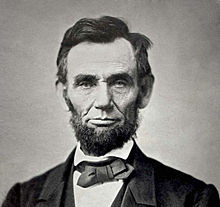 Last Monday, January 21, Barack Obama publicly took the oath of office for the last time as President of the United States. Compared to another second inaugural, 148 years ago, when Mr. Obama addressed the crowd there was real historical progress from the one speech to the other. The 1865 speech of only 700 words was delivered by the President who freed the slaves; the other was delivered by a President who, but for his predecessor, might have been a slave.

Mr. Obama had a lot of American progress to cover in 2,090 words. Although the 2013 speech was almost three times as long, it contained half as many references to God, the Bible and religion. It was Obama 6, Lincoln 11.

In our time it is practically obligatory for Presidents to give the nod to religion. So when Mr. Obama references “the tenets of our faith,” claims “freedom is a gift from God,” asserts that all Americans are equal “in the eyes of God” – even when he presumptuously proclaims our planet was “commanded to our care by God” – we have come to expect it.

For his part, Abraham Lincoln referenced God and the New Testament many times, and wrote the ironic, immortal line referencing the opposing sides in the American Civil War: “Both read the same Bible and pray to the same God, and each invokes His aid against the other.” And while he called on Americans to heal that mighty rift, he did so claiming “firmness in the right as God gives us to see the right.” 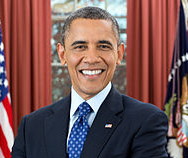 A century and a half later, Mr. Obama called on Americans to heal the nation: from the depredations of economic division, political division, social division and climate disaster. And he did so with the same reversed priorities, claiming he had sworn “an oath to God and country,” when in fact a President should always put country first.

Unlike that bygone era, when churches actually owned slaves, and people actually read sermons in their newspapers, today the old warhorse hobbles on splinted legs. It brays like a mule and is likewise sterile. It is deaf and blind, drooling and incontinent and mumbles nonsense. It is only dragged onstage on these special occasions. That’s America not under God. And that’s progress.

To hear an audio version of this Rant, by my alter ego John Mill, click on this link: ReligionInThe2ndInaugural

Queen Elizabeth I (1533) It was on this date, September 7, 1533, that the first Queen Elizabeth, monarch of the "Golden Age" of English history, was born at Greenwich Palace. She was a disappointment to her father, King Henry VIII, who desperately wanted a son. Henry had gone so far as to break away from […]