Last Sunday, November 4, but in 1922, English archaeologist Howard Carter found Egyptian King Tutankhamen’s tomb. What we know about Ancient Egypt today suggests that the assumptions before Carter, and before the translations of the inscriptions and papyri by Champollion, were religiously inspired fabrications. The soberly religious and severe Egyptians were in fact as cheerful and fun-loving as any Western society today. Tomb inscriptions and texts such as the Book of the Dead show that by 3000 BCE the Egyptians possessed a moral code far superior to the Ten Commandments and the raving Hebrew prophets. These give the lie to the Christian claim that the children of Israel taught the world pure religion and monotheism, or that the pagan world stumbled in darkness until the light of Christ shone on it. The reign of Amenhotep III is generally considered Egypt’s Golden Age, yet it was historically an age of heresy: the famous Egyptologist E.A.W. Budge says that “a God more or less made no difference to Amenhotep III,” and that “he was as willing to worship himself as Amen.” The Song of the Harper, possibly written about the time of Amenhotep’s son, the religious reformer Ikhnaten, can be summarized by the modern maxim, “Let us eat, drink and be merry, for tomorrow we die.” Like their Christian successors, the Egyptian priests tried to suppress this wedding song because of its “atheistic joy in life,” but the Egyptians remained cheerfully defiant. 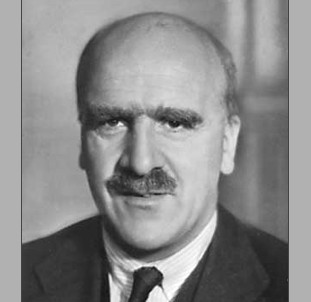 Last Monday, November 5, but in 1892, British biochemist and geneticist J.B.S. Haldane was born. Educated at Eton and Oxford, Haldane was not only broadly knowledgeable in science, but he had a well developed social conscience. Haldane had great success as a popularizer of science. His book, The Causes of Evolution (1932) managed to synthesize Darwin’s theory of natural selection with the genetics discoveries of Gregor Mendel and coined the word “clone.” An idealist in philosophy, Haldane, like his father, John Scott Haldane (1864-1936), was a Rationalist. It was J.B.S. Haldane who said, “Scientific education and religious education are incompatible. … [Children] are taught that it is a virtue to accept statements without adequate evidence, which leaves them prey to quacks of every kind in later life, and it makes it very difficult for them to accept the methods of thought which are successful in science.” 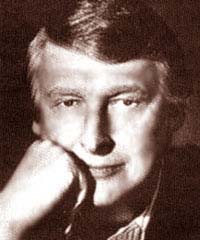 Last Tuesday, November 6, but in 1931, American film director and screen writer Mike Nichols was born. In the 1950s, with partner Elaine May, Mike Nichols developed a clever, satirical, male-female comedy act that made it to Broadway before breaking up in 1961. Nichols won six Tony awards. His debut as a film director came with Who’s Afraid of Virginia Woolf? in 1966, starring Richard Burton and Elizabeth Taylor. The next year Nichols scored an Oscar for directing the Dustin Hoffman star vehicle The Graduate. For television, Nichols directed Wit (2001), based on the Pulitzer-prize winning play about a woman with terminal ovarian cancer, and Angels in America (2003), the critically acclaimed and much-awarded miniseries about AIDS. No stranger to satire on God and religion, in an interview on NPR’s “Fresh Air” program Nichols admitted that what happens beyond death doesn’t concern him: “I’ve just always assumed that everything just sort-of stops. You know, I’m not one of the people who imagines heaven and hell and so forth. … I don’t go on to “afterward.”” 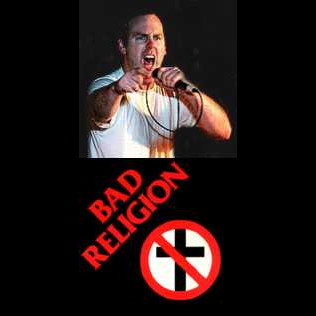 Last Wednesday, November 7, but in 1965, the lead singer for punk rock group Bad Religion, and a Ph.D. in Paleoanthropology from Cornell University, Greg Graffin, was born. Aside from being co-founder of his own punk-rock group, Graffin is considered one of the five leading bone tissue paleontologists in the world. He made his 2003 doctoral dissertation available online, and in it he discloses statistics vindicating the James H. Leuba studies (1916, 1934), showing the overwhelming majority of scientists have little or no belief in God. Graffin’s naturalistic/rationalist views carry over into his lyrics for Bad Religion. In “Do What You Want,” he sings, “I’ll believe in God when one and one are five.” In “Don’t Pray On Me” he sings, “I don’t know what stopped Jesus Christ / From turning every hungry stone into bread. And I don’t remember hearing how Moses reacted / When the innocent first born sons lay dead.” In “God Song,” Graffin sings, “Religion is just synthetic frippery unnecessary in our expanding global culture efficiency.” In an April 1998 interview in NYRock.com, Greg Graffin mused, “[U]ltimately you have to base your views on evidence. Evidence comes from your own eyes and ears.”

Last Thursday, November 8, but in 1867, French chemist and nuclear physicist Marie Curie was born. She was brought up a Catholic in Poland by her mother, but her father was a freethinker and provided her with some scientific training. She abandoned Catholicism before she was twenty. She met Physics Professor Pierre Curie while studying at the Sorbonne. They were married in 1895. In her 1924 memoir, she says that they had a civil marriage ceremony, “in conformity with the views of both of us,” because “Pierre belonged to no religion and I did not practice any.” The Curies teamed up to conduct research on radioactive substances and, in 1903, were awarded the Nobel Prize for Physics – she the first woman to receive the award – along with Henri Becquerel, for isolating the element radium. In 1911 she received a second Nobel Prize, this time in Chemistry, for her work in radioactivity – she the first man or woman to receive two Nobel prizes. Her older daughter, Irène Joliot-Curie, with her husband, won a Nobel Prize for Chemistry in 1935 – the first mother and daughter to be so honored. Her younger daughter, Eve Curie, wrote a biography of her mother in which she confirms that every member of this gifted family was a freethinker.

Yesterday, November 9, but in 1934, American astronomer and science author Carl Sagan was born. Sagan earned degrees in physics, astronomy and astrophysics. He taught at Cornell from 1968 and was a consultant on NASA’s Mariner, Viking, Voyager and Galileo expeditions to other planets. His books include the Pulitzer-winning Dragons of Eden (1977); the novel, Contact (1985); and The Demon-Haunted World (1995) with his wife, Ann Druyan. Sagan was creator and host of the 1980 Emmy- and Peabody-award-winning public television series “Cosmos,” which accompanied his best-selling book. The following year (1981) Sagan was named Humanist of the Year by the American Humanist Association, “in recognition of his work as an educator, skeptic, activist, and popularizer of science.” He rarely criticized religion bluntly, preferring instead to couch his views in terms of the superiority of the scientific method in gaining knowledge. In Sagan’s words, “My view is that if there is no evidence for it, then forget about it. … An agnostic is somebody who doesn’t believe in something until there is evidence for it, so I’m agnostic.” Sagan gave his religious views most candidly in The Demon-Haunted World: “Think of how many religions attempt to validate themselves with prophecy. Think of how many people rely on these prophecies, however vague, however unfulfilled, to support or prop up their beliefs. Yet has there ever been a religion with the prophetic accuracy of science? … No other human institution comes close.”

Today, November 10, but in 1925, Welsh actor Richard Burton was born. He took his stage and screen name from a schoolmaster who helped him enter Oxford. Coming to the US in a stage role, Burton was “discovered” by Hollywood, and made a good impression in The Robe (1953), then became a superstar as King Arthur in the Broadway musical Camelot in 1960 – winning a Tony Award – and as Marc Antony in the 1963 film version of Cleopatra. Burton and his Cleopatra costar Elizabeth Taylor teamed for nuptials (twice) and for more films, such as The Sandpiper (1965), Who’s Afraid of Virginia Woolf? (1966) and The Taming of the Shrew (1967). Later films include Anne of the Thousand Days (1969), and Equus (1977), and the title role in the 1983 TV mini-series Wagner. One of his most acclaimed stage performances was as Hamlet, which was preserved on film, and his film version of the play Becket – both in 1964. He and Becket co-star Peter O’Toole hold the record for the most Oscar nominations without a win. About faith, Richard Burton wrote this in his diary in 1969: “The more I read about man and his maniacal ruthlessness and his murderous envious scatological soul, the more I realize that he will never change. Our stupidity is immortal, nothing will change it. The same mistakes, the same prejudices, the same injustice, the same lusts wheel endlessly around the parade ground of the centuries. Immutable and ineluctable. I wish I could believe in a god of some kind but I simply cannot.” After his death in 1984, Burton was buried with a copy of the Collected Poems of Dylan Thomas.

Other anniversaries this week—

November 8, 1904, leftist French statesman Émile Combes introduced a bill for the separation of Church and State into the legislature of France

We can look back, but the Golden Age of Freethought is now. You can find full versions of these pages in Freethought history at the links in my blog