The Week in Freethought History (September 9-15)

Last Monday, September 10, but in 1941, “One of the most influential evolutionary biologists of the 20th century and perhaps the best known since Charles Darwin,” Stephen Jay Gould was born. From 1967 to his death in 2002, Gould was Professor of Geology and Zoology at Harvard University. But it was through his monthly columns in Natural History magazine, and his many books, that Gould became the leading spokesman for evolutionary theory in the last decades of the 20th century. Gould is remembered for two controversial ideas, even within the scientific community: “Punctuated Equilibrium” and “Non-Overlapping Magisteria.” In a 1996 interview with Michael Shermer in Skeptic magazine, Gould described himself as a secular Jew. “Are you an agnostic?” asked Shermer. Gould replied, “If you absolutely forced me to bet on the existence of a conventional anthropomorphic deity, of course I'd bet no. But, basically, Huxley was right when he said that agnosticism is the only honorable position because we really cannot know. ... I'd be real surprised if there turned out to be a conventional God.” 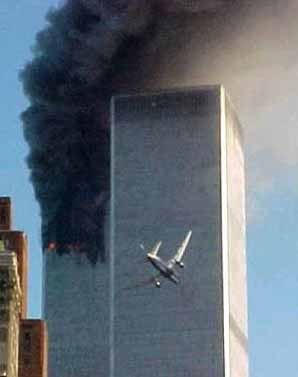 Last Tuesday, September 11, but in 2001, four U.S. planes were hijacked, turned in flight, and crashed into the twin towers of the World Trade Center in New York City, into the west wall of the Pentagon in Washington, D.C., and into a rural Pennsylvania field, in a suicide attack on the United States of America by 19 sociopaths who happened to be Muslim. According to the most interesting speculation to date, the attacks were part of a strategy to compel the U.S. to increase its presence in the Middle East, thereby inciting normally fence-sitting and peaceful Muslims to join the radical base of al-Qaeda in holy war against the West. (The idea of Armageddon, which some Christians espouse, comes to mind.) In theory, the result of the holy war, presumably one which the Muslim Middle East would somehow win, would be to annihilate both Western and Muslim socialism, liberalism, modernism and secularism. In the event, the result of the 9/11 attacks was to cause the West severe economic damage, both terror-inflicted and self-inflicted, as well as fear-based reductions in civil rights and privacy rights under the guise of national security. Put simply, last Tuesday 11 years ago, with our complicity, the terrorists won.

Last Wednesday, September 12, but in 1880, the “Bard of Baltimore,” H.L. Mencken was born. A journalist from his youth, he started as a reporter and eventually landed at the daily newspaper where he spent the greater part of his career, the Baltimore Sun. As a social critic, he became an internationally recognized curmudgeon. His wit was sharp and he recognized no sacred cows save cigars, booze and his hometown cuisine. Some of Mencken’s best shots at religion were published in the magazines he edited. In the Smart Set he wrote, “To sum up: (1) The cosmos is a gigantic flywheel making 10,000 revolutions a minute. (2) Man is a sick fly taking a dizzy ride on it. (3) Religion is the theory that the wheel was designed and set spinning to give him a ride.” In American Mercury Mencken wrote, “Consider, for example, the matter of religion. It is debated freely and furiously in almost every country in the world save the United States. The result is that all religions are equally safeguarded against criticism, and that all of them lose vitality. We protect the status quo, and so make steady war upon revision and improvement.” 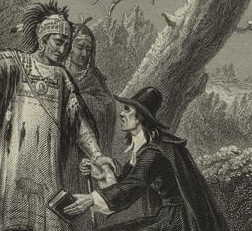 Last Thursday, September 13, but in 1635, Separatist preacher Roger Williams, aged about 32, was banished by the Massachusetts General Court for perpetually advocating religious tolerance and separation of church and state. For holding “divers new and dangerous opinions against the authority of magistrates and ... without retraction,” he was sentenced by a religious authority for a civil crime. Religious toleration does not come easily to those who dispense God's will – “error hath not the same right as truth,” the Catholics would say. But this bright young preacher taught “that no person should be restrained from, nor constrained to, any worship or ministry,” except in accordance with the dictates of his own conscience. In this, Williams both anticipated and exceeded the toleration enacted later in Maryland, whose Catholic minority quickly passed laws of toleration only for those believing in Jesus Christ. Like Jefferson, Williams argued that such a separation benefited religion as well as government. Roger Williams died at Providence in 1683, still believing that good walls make good neighbors.

Yesterday, September 14, but in 1879, Margaret Sanger, the founder of the modern birth control movement and the organization that later became Planned Parenthood, was born. The sixth of eleven children, Sanger grew to believe that a woman must control her own body — an idea generally accepted today, due in large part to Sanger's work, but radical in her time. Sanger knew that in order to show women how to control their own bodies and reproduction, she would have to defy both church and state: “My fight is for the personal liberty of the women who work. A woman’s body belongs to herself alone. It is her body. It does not belong to the Church. It does not belong to the United States of America or to any other Government of the face of the earth.” Sanger opened the first birth control clinic in the US in 1916 — only to have police quickly close it and spend a month in jail for her efforts. But the incident put birth control before the public for debate at last. She died on 6 September 1966, about a week shy of her 88th birthday, but had lived to see the introduction of the contraceptive pill and the 1965 Griswold decision, in which the U.S. Supreme Court struck down a Connecticut ban on contraceptives for married couples. If Sanger made one contribution to humanity that no church or priest ever made, it was to nearly double the lifespan of women: Before contraception, the average life expectancy of a female born in 1900 was 48 years; today, due to birth control, women live 80 years or longer. Margaret Sanger's motto, on the masthead of The Woman Rebel, was, “No gods, no masters.”