Last Sunday, July 22, but in 1822, Moravian monk and amateur botanist Gregor Mendel was born. It was as Abbott in the Augustinian Monastery in Brno, modern Czech Republic, that Mendel made the first experiments in cross-breeding pea plants, combining botany with his mathematical knowledge to produce predictions about dominant and recessive genetic traits. Mendel’s theories were rediscovered posthumously and by courtesy his name is given to Mendel’s Laws of Inheritance. Popular writers say we Freethinkers forget to mention, among scientists, “Christians whose faith supported them in their scientific endeavors, like Blaise Pascal, Louis Pasteur and Gregor Mendel.” This is a truly bizarre criticism: Pascal was seriously ill all his life and the work on which we judge his religious beliefs (Penseés) was published only after his death. Pasteur was a Rationalist all his life. As for Gregor Mendel, this so-called “devoted monk,” and “great Catholic scientist” is not even claimed by the Catholic Encyclopedia. His biographer, Hugo Iltis gives evidence that Mendel was seriously anti-Christian in his youth and remained skeptical all his life. Mendel wrote an aggressively Rationalist poem two years before entering the monastery – which he entered to get leisure to study!

Last Monday, July 23, but in 1995 Comet Hale-Bopp was discovered by Alan Hale and, independently, by Thomas Bopp. A professional astronomer, Alan Hale made his observations in Cloudcroft, New Mexico. It should come as no surprise that Alan Hale is a supporter of Internet Infidels, the publishers of the Secular Web. Agreeing with science writer Carl Sagan, that science is the only useful candle in this dark, demon-haunted world, Hale referenced the Heaven's Gate mass suicide of comet cult followers when he asked, “How many more Rancho Santa Fes are we going to have before we finally say ‘Enough!’ to ignorance and superstition? How many more of these types of reports are we going to have to listen to before we finally decide that we are going to use the candle of science, and the reasoning skills that we have, to take back the darkness from the ignorance and superstition that is enveloping us?” 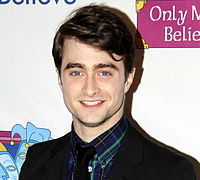 Also last Monday, July 23, but in 1989 the English actor known for a 10-year run as the title character in the Harry Potter films, Daniel Radcliffe was born. In 2012, Radcliffe stated, “I think of myself as being Jewish and Irish, despite the fact that I’m English.” He has also said, “I’m an atheist, and a militant atheist when religion starts impacting on legislation,” and that he is "very proud of being Jewish.” Christian conservatives, already suspicious of the pagan orientation of the Harry Potter books and films, were even more dismayed when, in an interview promoting the 2009 release of Harry Potter and the Half-Blood Prince, Radcliffe said, “I’m an atheist, but I'm very relaxed about it. I don’t preach my atheism, but I have a huge amount of respect for people like Richard Dawkins who do.” 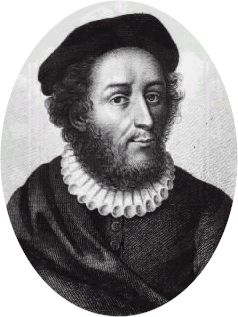 Last Wednesday, July 25, but in 1368, the foremost surgeon of medieval Europe, Guy de Chauliac, died. He was born in what is now France sometime in 1300, which, among other places, is where he learned to eliminate astrology and mysticism from surgery. He wrote the Chirurgia magna, which was a standard surgical text for three centuries. At Avignon Chauliac was physician to Popes Clement VI, Innocent VI and Urban V, where he treated victims of Bubonic Plague and Pneumonic Plague – and noticed the difference. The underpinning of surgery is, of course, a knowledge of human anatomy. Yet it is this study that the Christian Churches stopped dead in its tracks for a thousand years – until the 16th century. The medieval argument against anatomical study, that “the Church abhors the shedding of blood,” would be laughable if the Churches themselves had not spilled oceans of blood from the bodies of other Christians to enforce orthodoxy. For the most celebrated surgeon in the 14th century, it was chiefly the bull by Pope Boniface VIII (1235-1303), that was interpreted and enforced as a general prohibition against dissection – and that prevented Guy de Chauliac from being a true light in the Dark Ages.

Last Thursday, July 26, but in 1856, the prolific Irish playwright, Nobel Laureate (1925) and social critic George Bernard Shaw was born. A vegetarian who neither smoked nor drank, Shaw saw human society as reformable. It is said that the young Shaw attended a revival service by Dwight Moody and Ira Sankey in Dublin, and in one of his first critical notes wrote, “if this sort of thing is religion, then I am an atheist.” In the Preface to his 1912 play Androcles and the Lion, which runs over 36,000 words and has its own Table of Contents, Shaw commits a thorough dissection of Jesus and Christianity. In it, Shaw says, “The fact that a believer is happier than a sceptic is no more to the point than the fact that a drunken man is happier than a sober one.” In his 1920 play, Heartbreak House, Shaw has the character Ellie say, “We know now that the soul is the body, and the body the soul. They tell us they are different because they want to persuade us that we can keep our souls if we let them make slaves of our bodies.” George Bernard Shaw was known to quip, “Christianity might be a good thing if anyone ever tried it.”

Other Famous Freethinkers born this week:

We can look back, but the Golden Age of Freethought is now. You can find full versions of these pages in Freethought history at the links in this blog.