This Week in Freethought History (April 29-May 5) 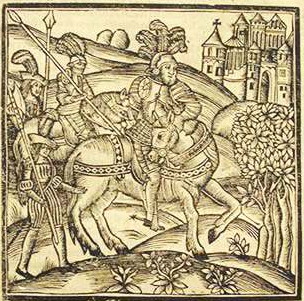 Last Sunday, April 29, is the feast-day of the Abbot of Cluny known to the Catholic Church as St. Hugh the Great. He was born into a noble French family in 1024 and died on the 28 of April 1109, when the Benedictine Abbey of Cluny was 200 years old. The period in which Abbot Hugh lived was the beginning point of the so-called Age of Chivalry! As Thomas Bulfinch describes it, “Chivalry … framed an ideal of the heroic character, combining invincible strength and valor, justice, modesty, loyalty to superiors, courtesy to equals, compassion to weakness, and devotedness to the Church.” In fact, the next 300 years of Christendom were characterized in the noble and knightly classes (and both sexes) as steeped in corruption, theft, violence, and every imaginable (and some unimaginable) sexual deviations, including rape, incest, pederasty, prostitution and general sexual license. This behavior was so generalized that, time and again, the contemporary chroniclers of not only France, but Spain, England and Germany complain of it. The only behavior that was not tolerated was infidelity to the Church! 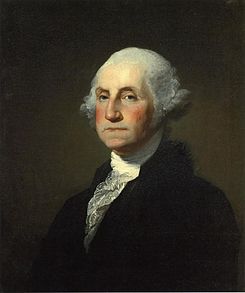 Last Monday, April 30, but 223 years ago, George Washington was inaugurated as the first President of the United States (1789). It is significant, in light of those who would argue that the U.S. was conceived as a Christian nation, that Washington made many euphemistic references to God in his inaugural address, but never – in this address, or in any of his writings – does he make direct reference to Jesus Christ. Every contemporary who knew of his church habits agrees that Washington was never seen to accept communion, and indeed, his wife wrote that he left the church on the occasions when communion was offered. As president, Washington addressed religion with the tolerance we would expect from the leader of a religiously diverse nation. In answer to a congregation that objected to the “godless” US Constitution, Washington wrote, “The path of true piety is so plain as to require but little political direction…. In the progress of morality and science, to which our government will give every furtherance, we may confidently expect the advancement of true religion and the completion of our happiness…” – without defining true piety and true religion! 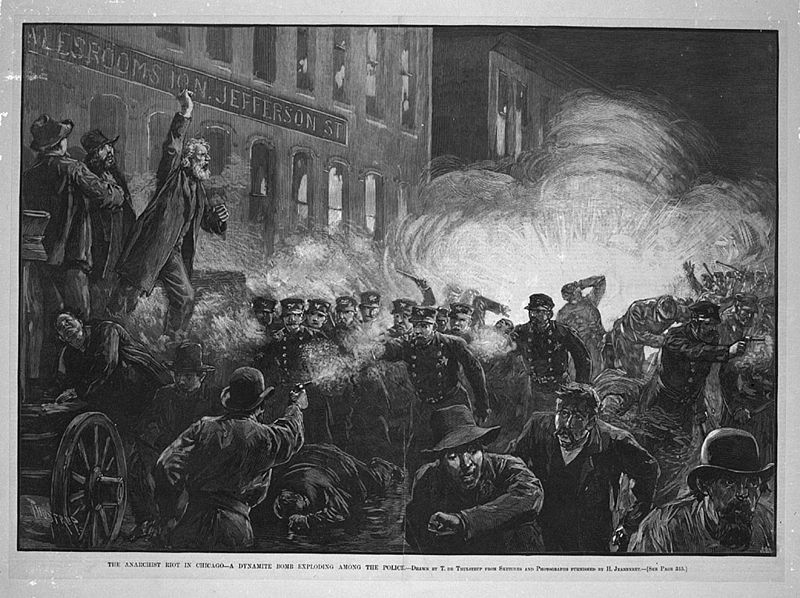 It was last Tuesday, May 1, but 126 years ago, that the first “Labor Day” was celebrated in the US (1886). It is known now as May Day and no longer celebrated as a recognition of the workers who create the wealth that supports our capitalist economy. From the 13th century of the classical era, where worker protections were built into the Code of Hammurabi, to the ancient Greek and Roman colleges, which were unions for workers, the value of labor has been recognized by most advanced civilizations. When the Empire fell, the social protections built up for workers disintegrated. Only a quarter of the population in Ancient Rome were slaves, but the Christian Church saw no reason to interfere when four-fifths of workers then became agricultural serfs. This persisted from 600 to 1100. Then political and economic changes began to create a middle class between the lords and the peasants. In 1884, the Federation of Organized Trades and Labor Unions met and voted to designate May 1, 1886, as the day for a general strike to demand an 8-hour day in the U.S. The May Day strike itself was peaceful until, as the strikers over the next few days swelled to 65,000 in Chicago, and industry got nervous that workers might actually succeed, the police were called in. Someone threw a bomb among them. A riot followed and then the Haymarket Massacre ensued, in which police shot and killed several strikers and wounded 200. Without compelling evidence, eight labor leaders were arrested, and all but two were executed by hanging. The Haymarket Massacre forever tarnished May 1 as a day to celebrate labor in the US – although the day is still a holiday in at least 110 other countries! 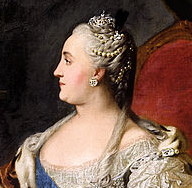 It was last Wednesday, May 2 (N.S.), but 283 years ago, that the future Catherine the Great of Russia (Екатерина II Великая) was born (1729). She was crowned Catherine II in 1762 – after deposing her own husband, whom she married at age 15 by political arrangement. She was well-read and selected able advisors, so Catherine proved more than suited to the task of ruling the largest empire in Europe. Her goal was to complete the Westernization of the Russian Empire that had ceased 37 years earlier at the death of another Romanov Emperor, Peter the Great (Пётр Вели́кий, 1672-1725). Empress Catherine was initially sympathetic with the French Revolution and its intellectual leadership: she corresponded with Voltaire and d'Alembert and invited Diderot to settle in Russia. A skeptic with advanced humanitarian ideals, in her letters she professed Deism and scorned the "mummeries" of the Russian Church to which she was converted. But after the peasant rising under Pugachev (1773-74), and having heard of the excesses following the French Revolution, by 1790 she became fearful of popular revolt. Catherine imposed repressive measures to achieve stability, which in turn alienated the educated in Russian society.

It was last Thursday, May 3, but 543 years ago, that Niccolò Machiavelli was born in what is now Italy (1469). Although it was not published until after his death, what may have helped his career in Florence was a little work Niccolò wrote in 1513: The Prince (Il Principe). Based on his own experiences under two monarchies, The Prince was a survival guide for despots. It advised against virtues that could be harmful and in favor of vices that could helpful. Although it is not necessary to actually have all the virtues, argued Niccolò, it is most important to “appear merciful, faithful, humane, religious, upright...” and that, “in order to maintain the state,” it is necessary “to act contrary to faith, friendship, humanity, and religion.” Though no stranger to such hypocrisy, the Catholic Encyclopedia pronounces The Prince an “immoral work.” Making the nickname of the Devil “Old Nick,” based on Niccolò Machiavelli's name, somehow brings to mind pots and kettles!

Friday was the birthday of two famous Freethinkers—

It was last Friday, May 4, but 216 years ago, that the father of American education, Horace Mann was born (1796). He abandoned his rigid Calvinist upbringing for Unitarianism at age 23 and contrived to get his own education before becoming an educator himself. He created the first Board of Education in Massachusetts and recommended a comprehensive public school system, along secular lines, as a great cultural and national equalizer. Many thought this approach anti-Christian. Mann was called to be the first president of Antioch College. He accepted in 1854 because of Antioch's non-sectarian, coeducational status – the college accepted women and black people on an equal footing with white males, something unique in the nation. But the founding Christian Church thought Mann a little too secular and withdrew its funding. This deficit Mann replaced by persuading the Unitarian Church to help. The Dictionary of American Biography describes Horace Mann as, “a Puritan without a theology.”

It was also last Friday, May 4, but 187 years ago, that Thomas Henry Huxley was born (1825). Largely self-educated, as a medical apprentice, Huxley signed on as assistant surgeon with the H.M.S. Rattlesnake, to chart the seas around Australia and New Guinea. It was an opportunity much like the one Darwin had aboard The Beagle, and, as with Darwin, the experience changed his life. In 1859, when Charles Darwin's On the Origin of Species was published, Huxley read it and at once remarked, “How stupid of me not to have thought of that.” He wrote to the author, “I finished your book yesterday... As for your doctrines I am prepared to go to the Stake if requisite... And as to the curs which will bark and yelp – you must recollect that some of your friends at any rate are endowed with an amount of combativeness which … may stand you in good stead – ...I am sharpening up my claws and beak in readiness.” His defense of Darwin's theories, and especially to their application to the evolution of the human species, earned him the nickname, “Darwin's Bulldog.” Huxley invented the term “agnostic” to describe his view that the mind cannot reach realities beyond the senses. He disdained Christian doctrines.

Today brings us the birthdays of two more famous Freethinkers— 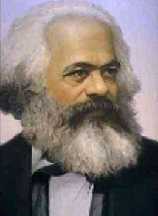 It was on May 5, but 194 years ago, that the theorist of modern Socialism, Karl Marx, was born (1818). Marx’s politics continually got him into trouble with the police, so he was compelled to flee from country to country. He and Friedrich Engels settled in London, with Engels supporting Marx, while the two of them collaborated on the Communist Manifesto – published in 1848, in time to be read in the aftermath of the French Revolution. As for religion, Marx's ideas were more nuanced than the popular brief quotation. Marx wrote, “Religious suffering is, at one and the same time, the expression of real suffering and a protest against real suffering. Religion is the sigh of the oppressed creature, the heart of a heartless world, and the soul of soulless conditions. It is the opium of the people. The abolition of religion as the illusory happiness of the people is the demand for their real happiness.” Even with the triumph of capitalism over communism, every civilized nation today – except the United States – provides relief to workers from the capitalist excesses about which Marx warned the world 150 years ago.

It was also on May 5, but 201 years ago, that American chemist and scholar John William Draper was born (1811). It was his 1874 History of the Conflict between Religion and Science, preceding the two-volume work of Andrew Dickson White's by 11 years, that stirred the notion that religion and science are irreconcilable. In his introduction, he writes, “The antagonism we ... witness between Religion and Science is the continuation of a struggle that commenced when Christianity began to attain political power. ... [F]aith is in its nature unchangeable, stationary; Science is in its nature progressive; and eventually a divergence between them ... must take place. ... As to Science, ... she has never subjected any one to mental torment, physical torture, least of all to death, for the purpose of upholding or promoting her ideas.” Although Draper believed in God and life after death, his skepticism toward organized religion made him a Freethinker until the day he died.

"The theology of the average colored church is basing itself far too much upon 'hell and damnation,'" wrote DuBois. Anti-rational dogma repelled him, and he ceased participating in organized worship as a young adult.