This Week in Freethought History (April 1-7)

(The following is a transcript of a broadcast by John Mill, the radio persona of Ronald Bruce Meyer. “This Week In Freethought” airs on the American Heathen® internet radio show, Saturdays 8:00pm-11:00pm ET on ShocknetRadio.com. Air date of this particular segment: 04/07/12)

It was 104 years ago on Sunday, April 1, that American psychologist Abraham Maslow was born (1908). Maslow is chiefly known for founding humanistic psychology and proposing the “hierarchy of needs” to be met so an individual can achieve “self-actualization.” Maslow warns against the mystical pursuit of personal salvation as basically selfish, frequently turning evil. “We need not take refuge in supernatural gods,” said Maslow, “to explain our saints and sages and heroes and statesmen, as if to explain our disbelief that mere unaided human beings could be that good or wise.”

It was 172 years ago last Monday, April 2, that the French novelist Émile Zola was born (1840). Baptized a Catholic, but an atheist all his adult life, Zola is chiefly remembered for J’accuse, the 1898 open letter to the President of France, in which he accused the military of injustice in the 1894 conviction of the Jewish Captain Alfred Dreyfus, on charges of giving military secrets to the Germans. Though the charges were false, they were supported by the Catholic Church. Winning the Dreyfus Case precipitated a drastic separation between Church and State in France, and permanently embittered Zola against the Church. “Civilization will not attain to its perfection,” wrote Zola, “until the last stone from the last church falls on the last priest.”

It was 175 years ago last Tuesday, April 3, that American naturalist John Burroughs was born (1837). Burroughs developed friendships with Ralph Waldo Emerson, Thomas Edison, John Muir, Walt Whitman, President Theodore Roosevelt and Henry Ford. In his writings he expressed a conception of the universe that one biographer described as “scientific pantheism.” Burroughs once reflected, “When I look up at the starry heavens at night and reflect upon what it is that I really see up there, I am constrained to say, `There is no God.’” Elsewhere, Burroughs wrote, “Of the hereafter I have no conception. This life is enough for me.”

Also last Tuesday, but 88 years ago, the American actor some consider one of the greatest of the 20th century, Marlon Brando was born (1924). Brando is best remembered for his film roles as Stanley Kowalski in A Streetcar Named Desire (1951), as Mark Antony in Shakespeare’s Julius Caesar (1953), and his Academy Award-winning performance as Vito Corleone in The Godfather (1972). In 1990, Brando’s son, Christian, was indicted for murdering his sister’s boyfriend, though he claimed it was a drunken accident. As a witness at his trial in 1991, Brando refused to take an oath to tell the truth before God, claiming he is an atheist. 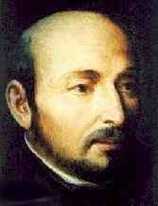 It was 472 years ago last Wednesday, April 4, that 50-year-old Spanish ecclesiastic and mystic Ignatius of Loyola was elected the first General of the Jesuits (1540). A true believer, Ignatius traveled on spiritual missions of such eccentricity that the Inquisition imprisoned him briefly in Spain in 1526. Because he was actually trying to imitate Christ – going so far as to demand the nuns give up their lovers! – that he gathered only a handful of followers at first. The Society he had Pope Paul III authorize meddled in world politics so incessantly and despicably, inciting the 30 Years’ War and the St. Bartholomew’s Massacre, that they were expelled from country after country. Before Clement XIV suppressed the Society in 1773, other popes condemned their practices (1710, 1715, 1742, and 1744). The Society was restored following the fall of Napoleon. It is true that, “no Jesuit theologian ever explicitly wrote that the end justifies the means” (McCabe), but the modus operandi of the Society of Jesus was such that it is immaterial whether the Society or Ignatius ever publicly expressed the thought.

It was 182 years ago yesterday, April 6, that 24-year-old Joseph Smith organized the first Church of Jesus Christ of Latter-Day Saints at Fayette, Seneca County, New York (1830). Coming from two previous generations of superstitious and neurotic seers of visions, Joseph Smith acquired the reputation as a con-man and a finder of buried treasures before his First Vision of the angel Moroni, came in 1827. However, he didn’t publish anything about it until 15 years later. Also known as the Mormon Church, the Latter-Day Saints had many confrontations with US law, particularly over polygamy, which was established by Smith’s own revelation in 1843. In a miraculous occurrence, the revelation was rescinded in 1890, although some church members still practice polygamy. Church discrimination against black people ended only in 1978. Retroactive missionary work – or posthumously baptizing non-Mormons (especially Jews) – is still practiced and is still controversial. 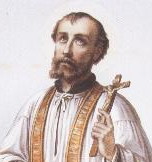 It was 506 years ago today, April 7, that the co-founder of the “Society of Jesus,” Francis Xavier, was born (1506). Xavier was discovered by Ignatius (1491-1556), who was 15 years his elder, while Xavier was a student in Paris. Ignatius admired the younger man’s learning, physical beauty and athletic ability as a runner. Xavier was soon seduced into the Company. His first commission was significant: he was sent in 1541 to the Portuguese colony in India to re-convert the Christians there! From 1549-1551 he spent 2½ years failing to convert the Japanese. Xavier set out for China in 1552, but died before setting foot on the Chinese mainland. His only success, it seems, was initiating the Goa Inquisition to kill apostates with the love of Christ. Like the Taliban in the dynamiting of the Buddhas of Bamiyan, Afghanistan (2001), Xavier rejoiced in the destruction of elements of indigenous cultures, saying, “I order everywhere the temples pulled down and all idols broken. I know not how to describe in words the joy I feel before the spectacle of pulling down and destroying the idols.”

We can look back, but the Golden Age of Freethought is now. You can find full versions of these pages in Freethought history at the links in this blog posting.

When emphasizing his sincerity, Gaines would declare, "On my honor as an atheist..."