This Week in Freethought History (March 25-31)

(The following is a transcript of a broadcast by John Mill, the radio persona of Ronald Bruce Meyer. “This Week In Freethought” airs on the American Heathen® internet radio show, Saturdays 8:00pm-11:00pm ET on ShocknetRadio.com. Air date of this particular segment: 3/31/12)

It was 201 years ago last Sunday, March 25, that Oxford University student Percy Bysshe Shelley was expelled for publishing the pamphlet “The Necessity of Atheism.” (1811). The College’s fellows demanded that he deny authorship. This Shelley refused to do. Thinking it too dangerous for Shelley to pursue truth at a university, the administration at Oxford expelled him. What was so dangerous about “The Necessity of Atheism”? In it, Shelley made a number of claims. One is that beliefs are involuntary, and, therefore, since atheists cannot choose to be “without god,” they should not be persecuted. Shelley perhaps anticipated what we today call the “God of the Gaps” when he wrote, “If ignorance of nature gave birth to gods, knowledge of nature is made for their destruction.” 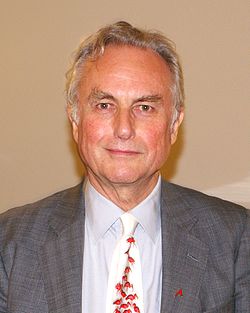 It was 71 years ago last Monday, March 26, that British evolutionary biologist Richard Dawkins was born (1941). As he describes it, Dawkins had “a normal Anglican upbringing.” Coming out as an atheist and a humanist in his 1986 book, The Blind Watchmaker, Dawkins argued against the watchmaker analogy that supposedly proved the existence of God from the order and complexity of the universe, much like a watchmaker can be inferred from the order and complexity of a watch. But it was with the 2006 book that outsold all his others, The God Delusion, that Dawkins became known as “the UK’s Chief Atheist” and “Darwin’s Rottweiler.” Says Dawkins, “It has become almost a cliché to remark that nobody boasts of ignorance of literature, but it is socially acceptable to boast ignorance of science and proudly claim incompetence in mathematics.”

It was 97 years ago last Tuesday, March 27 (1915) that Mary Mallon, the Irish-born food service worker who became notorious as “Typhoid Mary” was put into her final quarantine. In fact, Mary infected only thirty-three people, and only three of them died. But Mary Mallon’s career as a typhoid carrier is illustrative of the ill-educated, superstitious mindset of those who trust in Divine Providence over science and empiricism – even today. What could have defeated Typhoid Mary, and many of the epidemics of the past and near-present, was simple sanitation. What made things worse was the attitude, typical among believers and the deliberately unschooled and ignorant among us, that if they can’t conceive it, they won’t believe it. Typhoid Mary’s story is not only an argument in favor of good sanitation, something unknown in the Bible, the Qu’ran or any other holy book – it is also an answer to the question, “What’s the harm in superstition?”

It was 144 years ago last Wednesday, March 28 (1868), that the Russian writer Maxim Gorky was born. In spite of poor education, Gorky’s photographic memory and humanitarian sentiments launched him into preeminence as a short-story writer, novelist and playwright. Gorky had a contempt for all religion, but also supported the Soviet state. In a 1928 speech to a convention of a group in Moscow that was actually called the “Belligerent Irreligionists,” Gorky said, “It is clear that there is no place for religion in this huge process of cultural building which is developing so fast in this country. Our goal is not to ruin churches; our goal is to arrange that people forget about them... Who created gods? We did.” 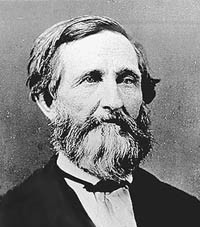 It was 170 years ago yesterday, March 30 (1842) that ether was first used as an anesthetic during surgery by Dr. Crawford W. Long of Jefferson, GA. The controversy over the use of anesthetics has a sad history of church opposition, especially when suggested for women in childbirth. Although anesthetics were known to ancient civilizations, the rather obvious practice of anesthetizing people before committing surgery on them was discontinued during the Middle Ages, the period of strongest Church influence. When James Young Simpson, a Scots physician, advocated the use of chloroform as an anesthetic in obstetrical cases in 1847, the idea was denounced from pulpits across the land as impious and contrary to Holy Writ. Clergymen accused Simpson of attempting “to avoid one part of the primeval curse on woman.” But Simpson knew his Bible and pointed to Genesis 2:21: “And the Lord God caused a deep sleep to fall upon Adam, and he slept: and he took one of his ribs, and closed up the flesh instead thereof;” thereby demonstrating that God used anesthesia!

It was 416 years ago today, March 31 (1596), that the French mathematician and philosopher René Descartes was born. In his treatise on physics and cosmology entitled The World, or Treated Light, he claimed that the earth was only one part of a uniform universe obeying uniform physical laws. He had nearly completed the work in 1633 when news reached him of Galileo’s house arrest in Italy. This frightened him because both Descartes and Galileo supported the sun-centered arrangement of the cosmos. Though he professed all his life to be an orthodox Catholic, after 20 years in Holland, official suspicions were mounting against the Father of Modern Philosophy, so in the last year of his life, Descartes accepted an invitation from Queen Christina to reside in Sweden.

We can look back, but the Golden Age of Freethought is now. You can find full versions of these pages in Freethought history at the links in this blog and at the American Heathen blog.

It was on this date, March 27, 1839, that the future 14th Premier of New Zealand, John Balance, was born in Mallusk, County Antrim, in Northern Ireland. Interested in books as a youth, he eventually became interested in politics. But, having witnessed the damage caused by religious rioting when in Belfast, Ballance also became committed […]