This Week in Freethought History (March 18-24)

(The following is a transcript of a broadcast by John Mill, the radio persona of Ronald Bruce Meyer. “This Week In Freethought” airs on the American Heathen® internet radio show, Saturdays 8:00pm-11:00pm ET on ShocknetRadio.com. Air date of this particular segment: 3/24/12)

It was 172 years ago last Sunday, March 18, that one of the first lawyers of the female sex allowed to practice before the Supreme Court, Marilla Marks Ricker was born (1840). As a feminist, she wrote in a 1909 letter that, “so long as women are hanged under the laws they should have a voice in making them.” As an enthusiastic Freethinker, strongly influenced by Thomas Paine and Robert Ingersoll, it was Marilla Marks Ricker who once said, “The greatest danger which confronts our nation today is not political but religious, and the preservation of our free institutions does not depend upon our army and navy, but upon the emancipation of the human mind from ecclesiastical slavery. …You cannot have free schools, free speech and a free press where the mind is not free.” 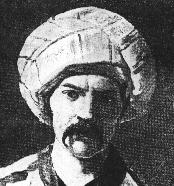 It was 191 years ago last Monday, March 19, that English explorer and part-time spy, Sir Richard Francis Burton was born (1821). Burton learned Arabic at Oxford, then traveled to India, and other posts, where he learned Hindustani, Persian, Sindi and Punjabi. He also began a long career as a spy for Great Britain. In 1852, Burton posed as a pilgrim and journeyed to Mecca, where he was accepted without question, in part because in preparation for the journey he studied Islam and had himself circumcised! With John Hanning Speke he traveled twice to Africa and discovered the source of the Nile, an ages-old mystery. This adventure was dramatized in the 1990 film Mountains of the Moon. At one time Burton said, “The more I study religions the more I am convinced that man never worshipped anything but himself.”

It was 184 years ago last Tuesday, March 20, that Norwegian poet and playwright Henrik Ibsen was born (1828). He studied medicine, but is chiefly remembered for his plays: A Doll’s House, An Enemy of the People, and Hedda Gabler, and his collaboration with composer Edvard Grieg on Peer Gynt. Ibsen had pretty much abandoned formal religion by the time he was 20, and began writing poems advocating revolution. In an 1871 letter to dramatist Bjørnstjerne Bjørnson, Ibsen wrote, “Bigger things than the state will fall … all religion will fall.” 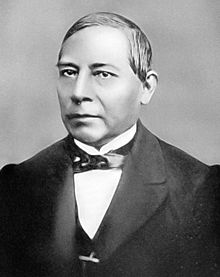 It was 206 years ago last Wednesday, March 21, that Mexican lawyer and politician Benito Juárez was born (1806). Orphaned at age 3, he was taken under the wing of a lay Franciscan, studied at seminary for a time, but after graduating in 1827, he declined the priesthood and took a law degree. Juárez was a major figure in the Mexican Reform War of 1858-61. Elected Mexico’s first full-blooded Indian President, Juárez used liberal efforts to modernize the country. He curtailed the privileges and checked the corruption of the Catholic Church, abolishing special military preferences, and declared all citizens equal before the law. It was the atheist Benito Juárez who said, “Among individuals, as among nations, peace is the respect of others’ rights” (“Entre los Individuos, como entre Las Naciones, El respeto al derecho ajeno es la paz”). 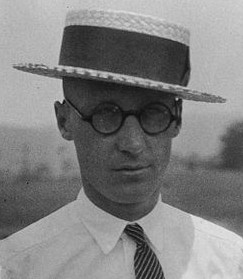 It was 87 years ago last Thursday, March 22, that Tennessee passed the Butler Act (1925), making it unlawful in public schools “to teach any theory that denies the story of divine creation as taught by the Bible.” And it was in the town of Dayton, Tennessee – population 1,800 and falling – where a high school teacher named John T. Scopes ran afoul of that law by relying on science in his biology class, rather than the Bible. The Tennessee law was part of a national legislative campaign fathered by three-time losing presidential contender William Jennings Bryan. Although the conflict usually turns out badly for religion, and well for science, it continues to this day. Every year, bills promoting creationism in public schools are introduced into state legislatures – and some even show a chance of succeeding… in making America a second-class nation in science!

It was 138 years ago today, March 24, that American magician and escape artist Harry Houdini was born (1874). During his storied career, Houdini (born Erich Weiss into a Hungarian Jewish family) struck up an unlikely friendship with Sherlock Holmes creator Sir Arthur Conan Doyle. This was dramatized in the 1997 film, Fairy Tale: a True Story: even there, Houdini’s skepticism was apparent. Doyle was a devout believer in Spiritualism and his wife was a medium. At a séance, in which Mrs. Doyle used “automatic writing” to reach the spirit world, Houdini’s lately deceased, orthodox Jewish mother apparently made the sign of the cross and wrote an effusive message to Houdini, in English – a language she never understood while alive! Houdini had the desire to believe, but the facts kept getting in his way. He crusaded for 13 years against phony spirit mediums. As their friendship inevitably deteriorated, Houdini wrote to Doyle, “I know you treat this as a religion, but personally I cannot do so, for, up to the present time, and with all my experiences, I have never seen or heard anything that could really convert me.”

We can look back, but the Golden Age of Freethought is now. You can find full versions of these pages in Freethought history at the links in this blog and at the American Heathen blog.