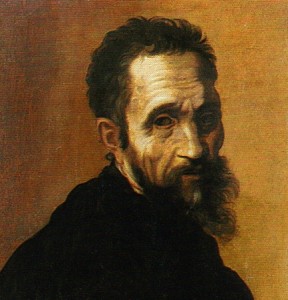 It was on this date, March 6, 1475, that Italian Renaissance sculptor, painter, and architect Michelangelo was born. Early on, his talent was recognized and he was employed by many famous clerics and political families, most notably the Medici’s, Pope Julius II (dramatized in the 1965 film, The Agony and the Ecstasy), and Pope Leo X (another Medici). It is desperate to argue that his faith must have been deep or he could not have painted such beautiful frescoes. Almost all of his artistic subjects were religious, true, but then the only employers for his talent were clerics and churches! The Catholic Encyclopedia, while praising his morality, industry and artistic talent, can find no words to describe his religious faith.