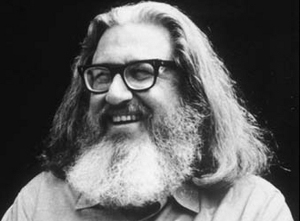 It was on this date, March 1, 1922, that American publisher and founder of MAD Magazine, William M. Gaines was born. Gaines became a comic book publisher literally by accident when, in 1947, his father, a comic book publisher, died in a freak boating accident. Gaines invented the black-and-white, self-deprecating satire magazine, MAD, in the wake of the hysterical Comic Code Authority, which branded full-color horror and science-fiction comic books injurious to our young people. MAD Magazine’s comic skewering did not spare religion. One satire, called “The Academy for the Radical Religious Right Course Catalogue,” included perfect caricatures of Pat Robertson, Phyllis Schlafly, Donald Wildmon, Ralph Reed and other religious bigots of the day. When emphasizing his sincerity, William Gaines would often declare, “On my honor as an atheist…”

The supposed ‘left’ comedian is left behind I keep watching Bill Maher’s “Real Time” show on HBO, and have done so, Religulous-ly, almost since its inception in 2003. Although Maher was always irreverent toward religion, this was made crystal clear in his 2008 documentary, Religulous. I liked that about him, especially when he criticized the […]