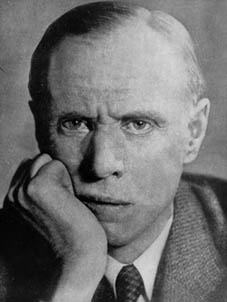 It was on this date, February 7, 1885, that Nobel-winning American novelist Sinclair Lewis was born in Sauk Centre, a prairie village in Minnesota, the son of a country doctor. As a boy he was interested in all religions, but particularly the Roman Catholic Church, yet he taught Protestant Sunday School as a youth and into college. It was in college that Lewis lost most of the religion he had, writing as part of his credo, “No cant about Sabbath, & priesthoods & gods, & saints, & blasphemy … If there be saints – they are Voltaire – as well as Christ; Shelley as well as St. Paul.”

“God was invented to explain mystery,” says Feynman. “Now, when you finally discover how something works, you don't need him anymore.”