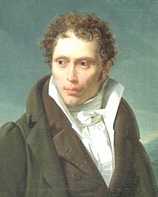 It was on this date, February 22, 1788, that the “philosopher of pessimism,” Arthur Schopenhauer, was born into a wealthy family of Danzig, on the Baltic coast. Danzig is now Gdańsk, Poland, but in Schopenhauer’s day it was part of German-speaking Prussia. His business education was cut short by the death of his father, leaving Schopenhauer with a fortune and the leisure to study philosophy. He followed Immanuel Kant to some extent, and reacted against idealism – understandable for a man who lived through his father’s suicide. Schopenhauer also followed Kant in his skepticism about finding logical proofs for the existence of God. For example, he wrote in A Few Words on Pantheism (1851), “The chief objection I have to Pantheism is that it says nothing. To call the world God is not to explain it; it is only to enrich our language with a superfluous synonym for the word world.”