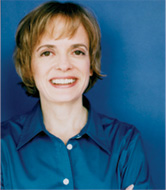 It was on this date, February 16, 1958, that nonfiction writer and a science journalist Natalie Angier was born in New York City. After studying physics and English at Barnard College, she graduated with high honors in 1978. Angier wrote about biology for Discover Magazine, then as science writer for Time magazine. As science reporter for the New York Times, Angier won the 1991 Pulitzer Prize for beat reporting, then the AAAS Kavli Science Journalism Award the next year. True to her discipline, Angier refuses to go beyond evidence and empiricism, even in matters of religion and society. In a 2004 essay, Angier says, “Science can’t tell you whether God exists or where you go when you die. … Science trades in the observable universe and testable hypotheses. … Scientists, however, are a far less religious lot than the American population…”

Fidel Castro (1926) It was on this date, August 13, 1926, that Cuban revolutionist and President-for-life Fidel Castro Ruz was born in Mayari, Cuba. Educated from the first by Jesuits, Castro took a Ph.D. in law in 1945 at Colegio Belén, a Jesuit preparatory school, in Havana. After 1950, he practiced law. The Fulgencio Batista […]