It was on this date, January 5, 1527, that Swiss Anabaptist reformer Felix Manz was drowned in punishment for preaching adult baptism — as opposed to the infant baptism most Protestant sects approved. That he was drowned for punishment in the Limmat, near the current Rathaus bridge in Zürich, seems somehow ironic, if unjust, for what makes one superstition superior to another is the police power of the one who holds it. Manz was a co-founder of the original Swiss Brethren Anabaptist congregation in Zürich, Switzerland. The term “Anabaptist” was coined by their detractors and means Protestants who “baptized again.” (Greek ανα (again, twice) + βαπτιζω (baptize), thus "re-baptizers") 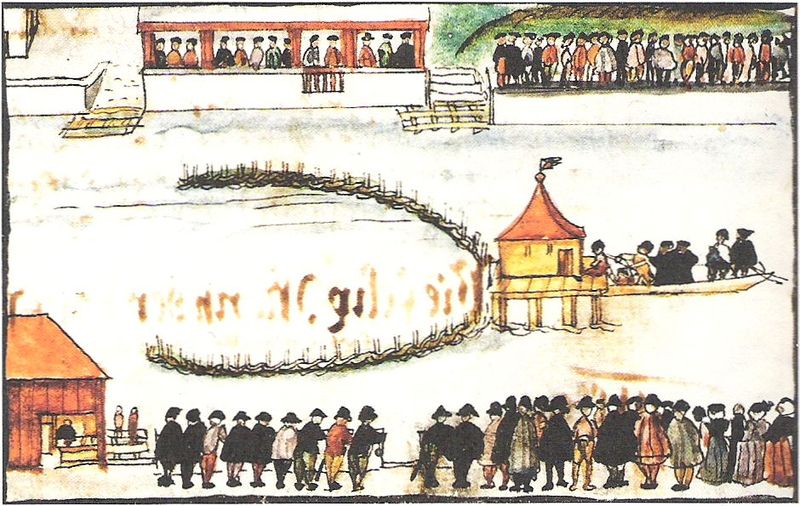