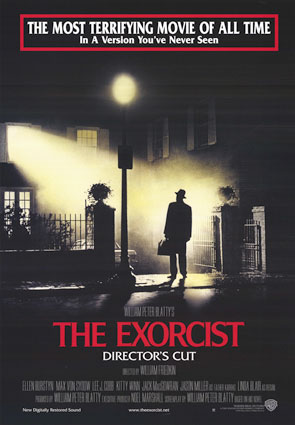 It was on this date, December 26, 1973, that “The Scariest Movie of All Time” – The Exorcist – premiered in the United States. Initially earning an MPAA rating of “X,” it subsequently settled on an “R” for violence, horror effects, rampant blasphemy, and – oh yes – some sexual manipulation of a crucifix. The picture, directed by William Friedkin (who also directed The French Connection, 1971), was based on the novel and written for the screen by William Peter Blatty. Blatty was a Georgetown University student when the real events occurred on which his best-selling novel is based.

A husband could beat his wife, or sell her, take all her property and her children. Down to the 19th century, women were denied the vote because the law specified only men.