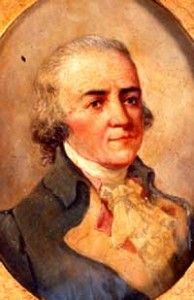 It was on this date, December 14, 1739, that French economist and industrialist Pierre Samuel Dupont de Nemours was born in Paris. The family name is chiefly remembered for the company founded by his son, but the elder Dupont influenced Adam Smith‘s ideas in the latter’s Wealth of Nations during the 1760s with his own writings on the national economy of France, particularly his two-volume Physiocratie (2 vols., 1868). Influential though his Physiocratic School of economics was, Dupont not only drew the attention of Voltaire and Jacques Turgot, but for its criticisms of the king’s mishandling of the French economy his writings were suppressed by Louis XV.

Here’s your Week in Freethought History: This is more than just a calendar of events or mini-biographies – it’s a reminder that, no matter how isolated and alone we may feel at times, we as freethinkers are neither unique nor alone in the world. Last Sunday, June 3, but in 1727, the Scot called “the […]