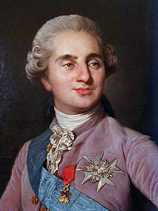 It was on this date, November 29, 1787, that King Louis XVI (1754-1793) promulgated an edict of tolerance, granting civil status to Protestants under French law. French Protestants, then called Huguenots, had gained toleration a century before for their religious beliefs (and respite from the Wars of Religion) with the Edict of Nantes, issued on 13 April 1598 under Henry IV. But 87 years later, Louis XIV, under the influence of his Catholic confessors, revoked the Edict. So it had taken 102 years for French Protestants – those who had chosen to remain in France after Nantes was revoked – to regain toleration.

What is religious toleration, anyway?

What happens beyond death? Nichols says, "'ve just always assumed that everything just sort-of stops. You know, I'm not one of the people who imagines heaven and hell and so forth."