It was on this date, November 26, 1922, that the creator of Snoopy, Lucy, Charlie Brown and the other characters of the "Peanuts" comics world, cartoonist Charles M. Schulz, was born in St. Paul Minnesota. There is little dispute that Schulz, or "Sparky," as his friends called him, started out his 50-year-long "Peanuts" run – which appeared in over 2,600 newspapers in 75 countries – with a gently if unabashedly Christian world view. 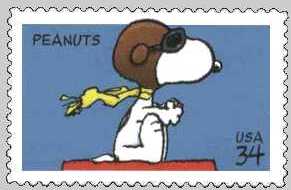 Indeed, Schulz allowed Robert Short to publish The Gospel According to Peanuts in 1965. He was a church member until the day he died, on 12 February 2000, and even taught Sunday school.

But Schulz was not your garden variety Christian, or as pretentious as "BC" comic creator Johnny Hart. In 1963, Schulz told Salon Magazine, "Once you accept Jesus, it doesn't mean that all your problems are automatically solved." In 1999, shortly before his death, Schulz was even less religiously inclined, saying, "I despise those shallow religious comics. 'Dennis the Menace,' for instance, is the most shallow. When they show him praying – I just can't stand that sort of thing, talking to God about some cutesy thing that he'd done during the day." It was Charles M. Schulz who said, "The term that best describes me now is 'secular humanist.'"*