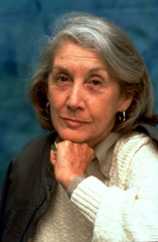 It was on this date, November 20, 1923, that South African novelist and short-story writer Nadine Gordimer was born the daughter of a Jewish-Lithuanian emigrant in Springs, outside of Johannesburg. Gordimer was educated in a convent school and spent a year at university, but took no degree. Her first short story was published when she was fourteen. She made her reputation on novels set in South Africa and dealing with racial and moral issues in the changing social, moral, and political ravages of apartheid there.

Marquis de Lamarck (1744) It was on this date, August 1, 1744, that French botanist, zoologist, and natural philosopher Jean Baptiste Pierre Antoine de Monet de Lamarck was born in Picardy. The Marquis de Lamarck studied for a time at a Jesuit college, but abandoned that institution when he became a Deist and, after some […]