October 22: The End of the World

End of the World?
The Great Disappointment (1844) 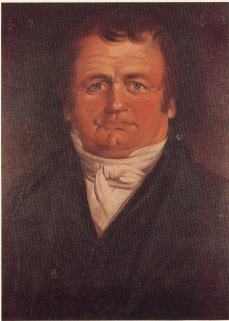 It was on this date, October 22, 1844, that the world did not end. What may appear obvious at this late date, was believed by about 100,000 followers of Baptist preacher William Miller. Miller made meticulous calculations from the Bible – something Irish Archbishop James Ussher had done to calculate the date of the beginning of the world – predicting that Christ would return on 22 October 1844.

Miller's followers, known as Millerites, gathered in makeshift temples and on hillsides. Many had sold their property and possessions. Miller's publication, Midnight Cry, predicted, "Behold, the Bridegroom cometh! Go ye out to meet him!" And further,

Reader, this is the last morning; and now, at the eleventh hour, we ask you, ARE YOU AWAKE? 'Tis too late to talk of redeeming misspent moments. Be wise to-day! 'Tis madness to defer now, on the borders of eternity. Fly to the arms of Jesus!

Maxwell Pierson Gaddis, an itinerant Methodist preacher from Ohio, observed one rally. "If Christ does not come this day," proclaimed one participant, "I will believe this Bible false!" When midnight came, wrote Gaddis, people grew restless. Some walked out. At about one o'clock one of the leaders rose and said, "I never did fix upon the precise time myself... I believe the most important thing after all is, to be ready. ..."

Miller's followers had experienced what came to be called "the Great Disappointment." Gaddis said, "Many of these men and women turned infidels." So Miller was disgraced, but the Seventh-Day Adventist Church rose from the ruins.

The Great Disappointment was not the first or the last failed prophecy of the End of the world. Jesus himself predicted the end of the world before all his disciples died (see Matthew 16:28 and 24:34), but when this did not happen, apologists quickly recalculated. The website Religious Tolerance.org lists several dozen failed prophecies. Some of the more interesting ones:

• An eclipse in 968 CE was interpreted as a prelude to the end of the world by the army of the German emperor Otto III;

• Years with nice round numbers were always popular: the End was predicted for 500, 1000, 1500, and of course 2000 CE. The year 1500 on the Muslim calendar, coinciding with the Gregorian date 2076, should be an interesting one to watch for;
• 1033 was another popular one: the 1000th anniversary of the death and resurrection of Jesus – be prepared for 2033;
• Pope Innocent III computed the End by adding 666 years onto the date that Islam was founded, arriving at 1284;
• The year 1666, in Roman numerals, is written MDCLXVI – all declining numbers – and for that reason it was interpreted that the Great Fire of London signaled the beginning of the end of the world;
• The Jehovah's Witnesses predicted the End in the year 1914, relying on the Book of Daniel, as William Miller had done. You may recall a great war started that year. But when the end didn't come, the Watchtower just assumed Jesus had begun an "invisible rule" over the earth. They also recalculated the End for 1915, 1918, 1920, 1925, 1941, 1975 and 1994.
• In 1948 the State of Israel was founded, another predictor of the End. It hasn't happened, in spite of its endorsement by Hal Lindsey, author of The Late, Great Planet Earth, in 1988;
• In 1959 the Branch Davidians of Waco TX predicted that they would be killed, resurrected and transferred to heaven;
• Sun Myung Moon, founder of the Unification Church predicted that the Kingdom of Heaven would be established in 1981.

A medieval depiction of the end of the world: the Last Judgment, west tympanum, Autun Cathedral of Saint Lazare, c.1130-35

Some wags, with an eagerness to profit from the gullible, circulated legal documents prior to Y2K encouraging those who really believed the world was coming to an end to sign over all their property and possessions!

What do scientists say? In another five billion years life on Earth will end; the sun will become unstable, expand into a red giant, and engulf the Earth. Don't wait until the last minute to prepare for that Great Disappointment!

NB: I am aware that there was a prediction for the end of the world to occur yesterday, October 21, 2011, from Pastor Harold Camping and Family Radio ministry. Like his prediction from May 21, 2011, it failed. But if you believed it, I hope you contributed to Rapture Relief.

H.P. Lovecraft (1890) It was on this date, August 20, 1890, that American author Howard Phillips Lovecraft, who wrote as H.P. Lovecraft, was born in Providence, Rhode Island. Fatherless from the age of three, Lovecraft was reared by his mother and grandparents, and it was his grandmother who held him spellbound with weird tales that […]