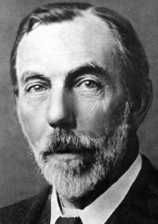 It was on this date, October 2, 1852, that British inorganic chemist and Nobel Laureate Sir William Ramsay was born in Glasgow, Scotland. He learned his Rationalism at Tübingen University, Germany and, after publishing several notable papers between 1885 and 1890, Ramsay co-discovered the elements argon (Ar 1894), helium (He 1895), krypton (Kr 1898), neon (Ne 1898) and xenon (Xe 1898).

Ramsay found a home at London's University College, where other Freethinking professors taught, and even his Christian biographer, W.A. Tilden, has to admit that Ramsay was an Agnostic. He tended to use theistic turns of phrase – in a 1908 letter, he wrote, "Life has been pretty good to us – perhaps I should say God. I feel inclined to."* – but Ramsay did not believe in a future life.

Sir William Ramsay received the Nobel Prize for chemistry in 1904, "in recognition of his services in the discovery of the inert gaseous elements in air, and his determination of their place in the periodic system." Ramsay was elected a fellow of the Royal Society in 1888 and was knighted in 1902. He died at High Wycombe, Buckinghamshire, on 23 July 1916.

Mill said he believed in a "probable God," or a "limited liability God," but disbelieved in miracles and immortality.