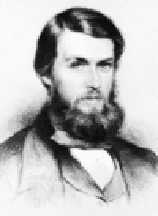 It was on this date, October 2, 1832, that British anthropologist Sir Edward Burnett Tylor, regarded as the father of cultural anthropology, was born in London, the son of a Quaker. Tylor's 1865 Researches into the Early History of Mankind first proposed that Animism is the basis for all religious systems, and that therefore all religion has a natural rather than a supernatural origin. His most famous work, Primitive Culture (1871), was influenced by Darwin's theory of biological evolution. In that same year, Tylor was elected a Fellow of the Royal Society. He published a pioneering book on Anthropology in 1881.

Although he never attended a university as a student, Tylor became professor of anthropology at Oxford from 1896 to 1909 and was knighted in 1912. In his writing and teaching career Tylor further developed his theory of Animism, in which everything has a soul, not just living things, and that there is an upward evolutionary relationship between primitive and modern cultures, without a supernatural element. Sir Edward Burnett Tylor died in Wellington on 2 January 1917. Like Sir James George Frazer and others, Tylor never directly admitted his Rationalism, but there was no need, and perhaps some danger of losing his position.

Here’s your Week in Freethought History: This is more than just a calendar of events or mini-biographies – it’s a reminder that, no matter how isolated and alone we may feel at times, we as freethinkers are neither unique nor alone in the world. Last Sunday, June 3, but in 1727, the Scot called “the […]