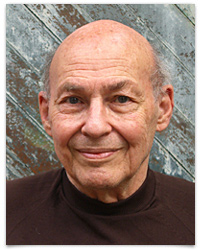 It was on this date, August 9, 1927, that the MIT professor Marvin Minsky, known in computer science as the father of artificial intelligence, was born into a Jewish family in New York City. After serving in the US Navy from 1944 to 1945, Minsky earned a BA in Mathematics from Harvard (1950) and a PhD in the same field from Princeton (1954). Since 1958, he has been on the faculty of the Massachusetts Institute of Technology and is the co-founder of the MIT Artificial Intelligence Laboratory.

Minsky is the recipient of the Turing Award (1969), the Japan Prize (1990), the IJCAI Award for Research Excellence (1991) and the Benjamin Franklin Medal (2001), among many other honors. His most notable works are The Society of Mind (1987), the first comprehensive description of the Society of Mind theory of intellectual structure and development , and its sequel, The Emotion Machine (2006). Both books take a purely materialistic approach to human mind and its function as a neural network. Indeed, the Society of Mind theory explains intelligence is a product of non-intelligent component parts.

About mind and religion, Minsky wrote in Chapter 5 of The Society of Mind:

When we reflect on anything for long enough, we're likely to end up with what we sometimes call "basic" questions – ones we can see no way at all to answer. … How can you tell which beliefs are true? … You can never find a final cause, since you must always ask one question more: "What caused that cause?" … No matter what you discover, at every step, these kinds of questions will always remain, because you have to challenge every answer with, "Why should I accept that answer?" Such circularities can only waste our time by forcing us to repeat, over and over and over again, "What good is Good?" and, "What god made God?"

When children keep on asking, "Why?" we adults learn to deal with this by simply saying, "just because!" … [E]very culture finds special ways to deal with these questions. One way is to brand them with shame and taboo; another way is to cloak them in awe or mystery; both methods make those questions undiscussable. …

All human cultures evolve institutions of law, religion, and philosophy, and these institutions both adopt specific answers to circular questions and establish authority -- schemes to indoctrinate people with those beliefs. One might complain that such establishments substitute dogma for reason and truth. But in exchange, they spare whole populations from wasting time in fruitless reason loops. Minds can lead more productive lives when working on problems that can be solved.

With five decades of experience, Marvin Minsky has said, “You don't understand anything until you learn it more than one way,” and “No computer has ever been designed that is ever aware of what it's doing; but most of the time, we aren't either.”

Marquis de Lamarck (1744) It was on this date, August 1, 1744, that French botanist, zoologist, and natural philosopher Jean Baptiste Pierre Antoine de Monet de Lamarck was born in Picardy. The Marquis de Lamarck studied for a time at a Jesuit college, but abandoned that institution when he became a Deist and, after some […]