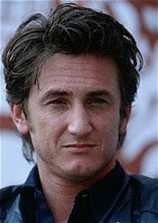 It was on this date, August 17, 1960, that actor and director Sean Penn was born Sean Justin Penn in Santa Monica, California. As Penn himself put it, "I was brought up in a country that relished fear-based religion, corrupt government, and an entire white population living on stolen property that they murdered for and that is passed on from generation to generation." There is as little doubt about Penn's leftist politics as there is about his talent.

In The Indian Runner, about the duality of human nature, Penn noticeably examines his own personality as both an uncontrollable scrapper and a superb talent. In The Crossing Guard, starring actor friend Jack Nicholson, what could have been a revenge drama delves into the tortured psyche of a character who instead seeks to ease the pain of losing his daughter. The Pledge (also starring Nicholson) is the most nearly "religious" of Penn's films. But despite the crucifix symbolism and the Christian references, the only moral order in Penn's directorial universe is the morality his characters make for themselves – truly a godless view of the world.

In the December 1988 issue of the now-defunct George magazine, Penn admitted that he is an agnostic.*