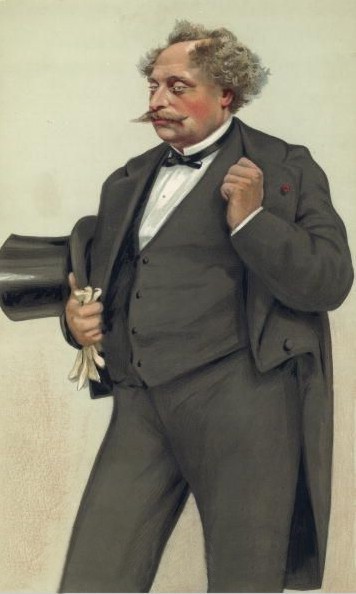 It was on this date, July 27, 1834, that French novelist and playwright Alexandre Dumas fils, illegitimate son of Alexandre Dumas père – of Three Musketeers and Count of Monte Cristo fame – was born in Paris. He studied at the Collège Bourbon and accompanied his father on many of his travels, including Spain and Africa, but never reconciled himself to his mixed racial heritage—his great grandmother had been a slave from Haiti—and his famous father’s free-living lifestyle. Dumas fils left school to pursue literature and it almost eluded him: he sank so deeply into debt that only his outstanding novel, La Dame aux Camélias, or The Lady of the Camelias, saved him and made his reputation. The 1848 romantic novel, inspired by the courtesan Marie Duplessis (with whom he had an affair and who died the preceding year), was later adapted into a play (1852), known in English as Camille, became the basis for the opera La traviata by Giuseppe Verdi, and was filmed twice, once starring silent screen actress Theda Bara.

Partly because of his separated parents, and perhaps because his own life was less than strict, Dumas was a severe moralist in his plays and novels. Unlike his more accomplished father—who had lived a Freethinker and died a Catholic—Dumas fils was a Deist with moments of mysticism. He was admitted to the Académie Française in 1874 and was awarded the Légion d'honneur in 1894. Dumas died the next year, on 27 November 1895 at age 71, at Marly-le-Roi, Yvelines, France. It was Alexandre Dumas, fils, the Deist who wrote,

Such is Passion, and the brighter its blaze the blacker the ruins it leaves after it--the deeper the misery--the wider the loneliness. It devours itself, with no revival like the Phoenix; but Love occupies the whole of life, however extended, and still has the strength and volume to transport its worshipers to the realm of the happy.

Robert Green Ingersoll (1833) It was on this date, August 11, 1833, that the most eloquent advocate of Freethought, Robert Green Ingersoll, was born in Dresden, New York, the son of a Congregationalist minister. In Peoria, Illinois, he trained in the law before enlisting in the Union Army during the Civil War, where he was […]