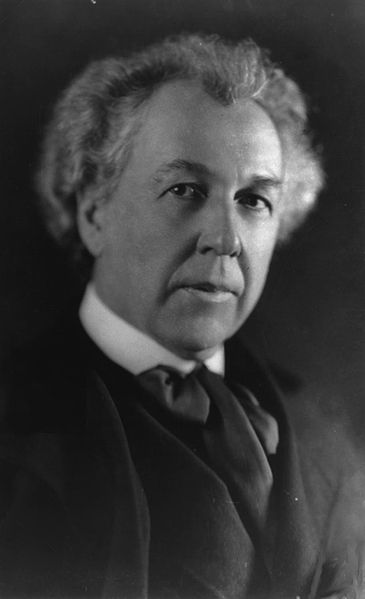 It was on this date, June 8, 1867, that American architect Frank Lloyd Wright was born in Richland Center, Wisconsin, the son of a preacher and a teacher. He was brought up a Unitarian. He studied civil engineering ay the University of Wisconsin and got his first architectural job at a firm in Chicago. Wright started his own firm in 1893 after being fired from another Chicago firm for moonlighting.

Between 1893 and 1909 Wright began to develop his "Prairie House" concept of design. He married several times and acquired hundreds of commissions over his long career: the Imperial Hotel in Tokyo, Fallingwater, the Price Tower skyscraper, the Guggenheim Museum, the Marin County Civic Center, and his own home in Wisconsin, Taliesen.

About religion, Wright said, "I believe in God, only I spell it Nature." Indeed, he stressed, "Nature is my manifestation of God. I go to nature every day for inspiration in the day's work. I follow in building the principles which nature has used in its domain" You could call Wright's belief a sort of Pantheism, for Wright would say, "Study nature, love nature, stay close to nature. It will never fail you."

God is the great mysterious motivator of what we call nature and it has been said often by philosophers, that nature is the will of God. And, I prefer to say that nature is the only body of God that we shall ever see. If we wish to know the truth concerning anything, we'll find it in the nature of that thing.

He never retired. Wright died on 9 April 1959 at age 91. The epitaph at his Wisconsin grave site reads: "Love of an idea, is the love of God."

This Week in Freethought History (November 10-16)