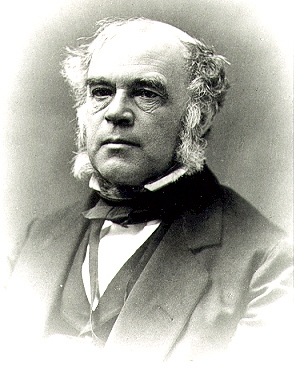 It was on this date, May 5, 1811, that American chemist and scholar John William Draper was born near Liverpool, England. His early education at London University College continued at Pennsylvania University in the U.S., where he graduated in medicine. He taught chemistry and physiology at New York University and won the Rumford Medal (1875) for his studies in radiant energy.

Credited with producing the first clear photograph of a female face (1839-1840) and the first detailed photograph of the moon (1840), Draper’s reputation rests on two works. His History of the Intellectual Development of Europe (1862) made the point that it was the 11th century Arab civilization in Spain that awoke Europe from the slumber of the Dark Ages. But it was his History of the Conflict between Religion and Science (1874), preceding the two-volume work of Andrew Dickson White's by 11 years, that stirred the notion that religion and science are irreconcilable. It is among the most influential works on the “conflict thesis”—the proposition that there is an intrinsic intellectual conflict between religion and science—which takes its name from Draper’s title. As a side note, considering the irreconcilable methods of religion vs. science, it is hard to understand how the two methods of approaching reality could not be in conflict!

In his introduction, he writes,

The antagonism we ... witness between Religion and Science is the continuation of a struggle that commenced when Christianity began to attain political power. ... [F]aith is in its nature unchangeable, stationary; Science is in its nature progressive; and eventually a divergence between them ... must take place. ... As to Science, ... she has never subjected any one to mental torment, physical torture, least of all to death, for the purpose of upholding or promoting her ideas.

Although accused of being an anti-Catholic polemicist by some detractors, Draper’s scholarship was solid. Draper believed in God and life after death, his skepticism toward organized religion made him a Freethinker until the day he died, on 4 January 1882.

* John William Draper, History of the Conflict between Religion and Science, 1874. The introduction is dated December 1873.

"The Supreme Being is best displayed by the fixed and unalterable order of nature." Rousseau was expelled from Geneva for "irreligion."