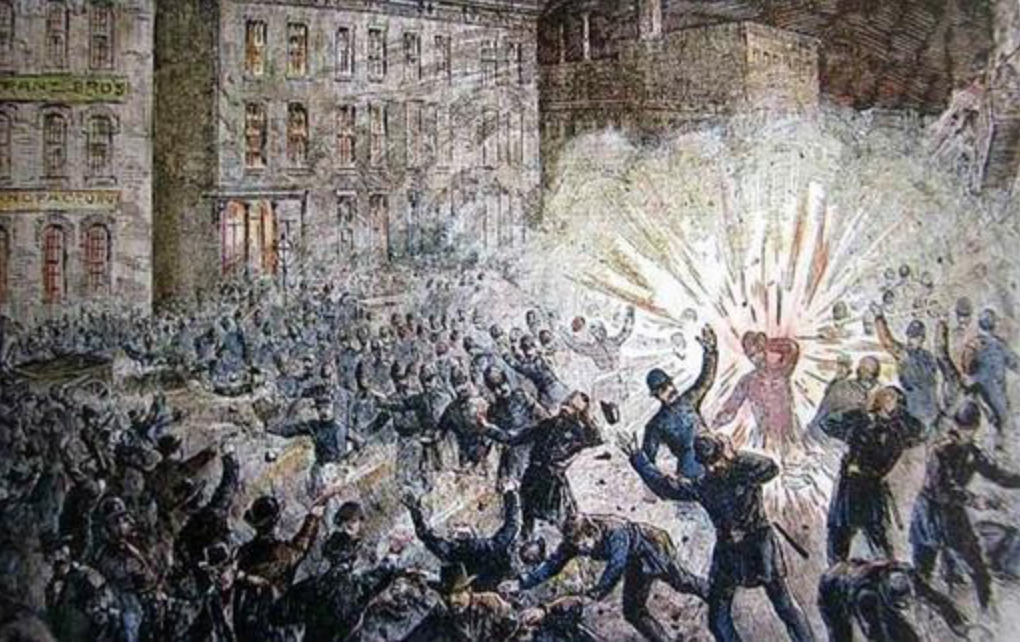 It was on this date, May 1, 1886, that the first “Labor Day” was celebrated in the United States. It is known now as May Day and no longer celebrated as a recognition of the workers who create the wealth that supports capitalist economies. From the 13th century of the classical era, where worker protections were built into the Code of Hammurabi, to the ancient Greek and Roman colleges, which were unions for workers, the value of labor has been recognized.

Under the Roman Empire, by the 4th century, many workers enjoyed free food, free schools, low-cost entertainment and public baths, numerous holidays, and free medical care. When the Empire fell, the social protections for workers disintegrated. Only a quarter of the population in Ancient Rome were slaves, but the Christian Church saw no reason to interfere when four-fifths of workers then became agricultural serfs, that is, workers bound to an estate, who endured all of the abuse but none of the benefits of Roman slaves. Indeed, the word “serf” (coined in 1850) is derived from servi, the Latin word for slave, so slavery as we understand it today existed alongside serfdom throughout the Middle Ages. However, slavery was rare in Europe until the explosion of black African slavery from the 17th to 19th centuries. It is significant that the United Nations 1956 Supplementary Convention on the Abolition of Slavery also prohibits serfdom as a form of slavery.

But back to serfdom: The condition persisted from 600 to 1100. Then political and economic changes began to create a middle class between the lords and the peasants. Some historians say that the artisan guilds (or gilds) which appeared at this time were a continuation of the Roman colleges, and, far from being encouraged by the Churches, they were brutally suppressed. Exploitation became even worse for workers after the Protestant Reformation.

At the beginning of the 19th century, the average non-farm workday was 12 hours long. The Churches had been impassive for 15 centuries, but English Freethinker Robert Owen argued forcefully for a 10-hour workday in 1810, which was not realized in the US until 1863 in Philadelphia. And all the while the Church of England deplored such “radicals.” In 1872, 100,000 workers in New York City struck for—and won—an 8-hour day.

In 1884, the Federation of Organized Trades and Labor Unions, with some socialist participation, met and voted to designate May 1, 1886, as the day for a general strike to demand an 8-hour day. The word spread and by April 1886, over 30,000 U.S. workers had been granted the eight-hour day. The May Day strike itself was peaceful until, as the strikers over the next few days swelled to 65,000 in Chicago, and industry got nervous that workers might actually succeed, the police were called in. Someone threw a bomb among them. A riot ensued and then the Haymarket Massacre, in which police shot and killed several strikers and wounded 200.

Without compelling evidence, eight labor leaders were arrested, and all but two were executed by hanging. The Haymarket Massacre forever tarnished May 1 as a day to celebrate labor in the U.S., although the day is still a holiday in at least 110 other countries.* Only in 1891 did any Pope virtuously propose that workers deserved a “decent wage.” But, when pressed, Pope Leo XIII could not say what that was. And the Secretary of State to Pope Pius XI—Pius XII, later to become infamous as “Hitler’s Pope”—urged an encyclical retracting even that modest statement.

President Grover Cleveland knew he had to mollify the workers treated so badly in the recently crushed Pullman Strike, so in 1894 he proposed, and Congress passed, a national Labor Day celebration in the U.S. on the first Monday in September. But for a brutal history of suppressing labor rights, anti-Communist hysteria, the unselfish efforts of workers and freethinkers, and the indifference of the churches over many centuries, the U.S. would be celebrating Labor Day on this day instead.