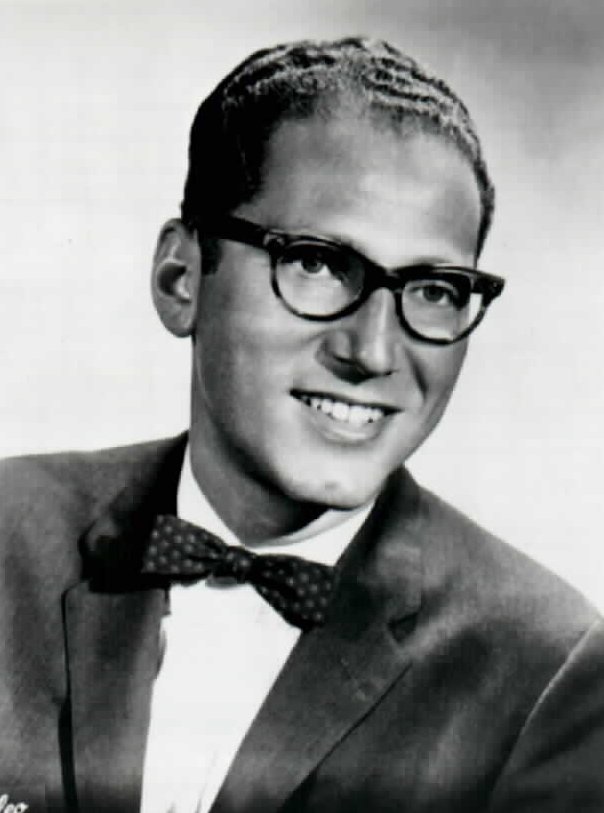 It was on this date, April 9, 1928, that the University of California professor of math who made a name for himself in the 1960s as a composer and performer of parody songs, many expressing social and political satire, Tom Lehrer, was born in New York City. Thomas Andrew Lehrer was born into a Manhattan Jewish family and studied classical piano from the age of seven. Lehrer composed humorous songs from his mid-teens, the year he entered Harvard University. His first public performance was in 1952 at a nightclub near Harvard, but he hit the big time — taking time off from teaching mathematics — between 1953 and 1965 with club performances and LPs featuring his is witty, rapid-fire lampoons of social and political issues. Lehrer contributed songs to the now classic NBC-TV show "That Was the Week That Was" (TW3) from 1963-1965, culminating in the album That Was the Year That Was.

If he wasn't singing the praises of drug dealers in "The Old Dope Peddler," Lehrer might chide self-righteous activists in "Folk Song Army," or mock racism and political correctness in "National Brotherhood Week." He might venture into the darkly absurd with "Poisoning Pigeons In The Park" or sing anti-war songs, such as "Send the Marines" and "So Long Mom, I'm Off to Drop the Bomb." He was also self-deprecating, as in the title of his 1959 album An Evening Wasted With Tom Lehrer. His songs served as the basis for the hit off-Broadway review Tomfoolery in 1981. Lehrer's retrospective collection, The Remains of Tom Lehrer, was released in 2000, but he retired from public performances in 1967 and has performed only rarely since.

Two things that are not generally known about Lehrer are that he never enjoyed performing satire, as opposed to writing it, and that he is a Freethinker on religion. "I firmly believe all religion is bullshit," Lehrer said in a 1984 interview[1], "but I don't think I would have gone and written a song expressing that, unless I could figure out a way to make it funny." He succeeded in making Catholicism funny in one of his most popular songs, "The Vatican Rag." It includes these words:

Do whatever steps you want if
You have cleared them with the Pontiff.
Everybody say his own
Kyrie eleison,
Doin' the Vatican Rag.
Get in line in that processional,
Step into that small confessional.
There the guy who's got religion'll
Tell you if your sin's original.
If it is, try playin' it safer,
Drink the wine and chew the wafer,
Two, four, six, eight,
Time to transubstantiate![2]

In a 1996 interview, Lehrer was asked if he considered himself an atheist or an agnostic. He replied, "No one is more dangerous than someone who thinks he has The Truth. To be an atheist is almost as arrogant as to be a fundamentalist. But, then again, I can get pretty arrogant."

When asked, "Are you not a fan of organized religion in general and are you a 'spiritual' person?" Lehrer went on:

To say that I am not a "fan" of organized religion is putting it mildly. My feeling about even disorganized religion is summed up in James Taylor's immortal line in "Sweet Baby James": "Maybe you can believe it if it helps you to sleep." I have no desire to promote secular insomnia. As for being "spiritual," not in the New Age sense, certainly. I find enough mystery in mathematics to satisfy my spiritual needs. I think, for example, that pi is mysterious enough (don't get me started!) without having to worry about God. Or if pi isn't enough, how about fractals? or quantum mechanics?[3]

Although retired from public performance since the early 1970s, Lehrer appeared on a BBC-TV show to promote his 1980s London stage production, called Tom Foolery, in which 27 of his songs appeared, but he did not. He performed in public for the first and last time in 25 years for Hey Mr. Producer in London in June 1998. Looking over his musical career, Lehrer once remarked, "If, after hearing my songs, just one human being is inspired to say something nasty to a friend, or perhaps to strike a loved one, it will all have been worth the while."

[1] Jeremy Bernstein. "Tom Lehrer: Having Fun." Interview in The American Scholar, v. 53 1984: 295-302. [2] From "That Was the Week That Was," NBC-TV, 1965. [Kyrie eleison = Κύριε ἐλέησον, English “Lord, have mercy”; transubstantiation = the change of the substance of host bread and sacramental wine into the substance of the Body and Blood (respectively) of Jesus in the Eucharist; rosary = the prayer beads used to count the series of prayers that make up the rosary; genuflection = bending at least one knee to the ground; this was from early times a gesture of deep respect for a superior] [3] From a June 1996 online interview, quoted from the Celebrity Atheist List.

Carl Sagan (1934) It was on this date, November 9, 1934, that American astronomer and science author Carl Edward Sagan was born in New York City. Carl Sagan earned degrees in physics, astronomy and astrophysics. He taught at Cornell from 1968 and was a consultant on NASA's Mariner, Viking, Voyager and Galileo expeditions to other […]