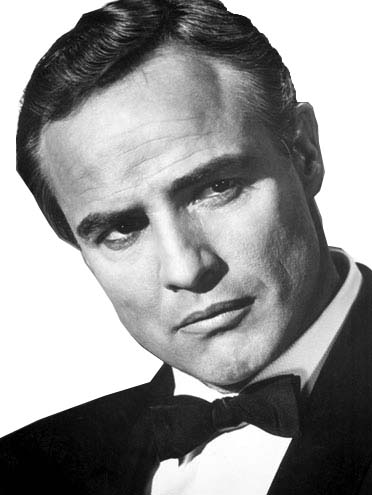 It was on this date, April 3, 1924 that the American actor some consider one of the greatest of the 20th century, Marlon Brando (Jr.), was born in Omaha, Nebraska, the offspring of alcoholic parents. He was reared by his grandmother, a Christian Scientist, from the age of 11, but was never very religious himself. Brando is best remembered as a “method” actor and for his roles as Stanley Kowalski in A Streetcar Named Desire (1951), as Emiliano Zapata in Viva Zapata! (1952), as Mark Antony in the film adaptation of Shakespeare’s Julius Caesar (1953), and his Academy Award-winning performance as Vito Corleone in The Godfather (1972).

A crusader for civil rights and American Indian rights, Brando contributed large sums to various favored causes. He donated money to Michael Jackson’s Heal the World Foundation in 1992, for example. He and Jackson were friends up until the actor’s death – he had been suffering from obesity and diabetes – on 1 July 2004 at age 80 in Los Angeles, California.

In 1990, Brando's son, Christian, was indicted for murdering his sister's boyfriend, though he claimed it was a drunken accident. Christian was sentenced to 10 years and was released in five. As a witness t his trial in 1991, Brando refused to take an oath to tell the truth before God, claiming he is an atheist. He was sworn in under an alternate oath, which would seem to be the one that should be used in all cases!