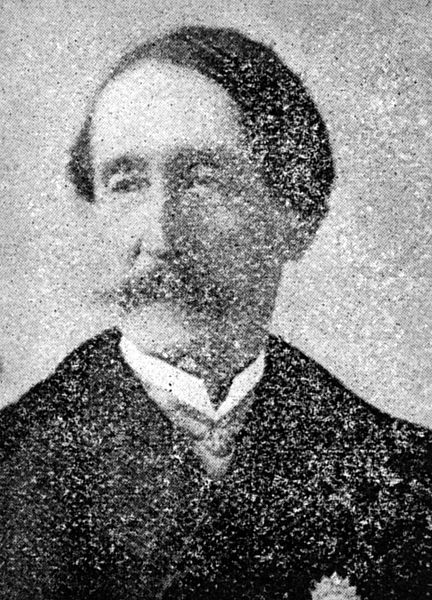 It was on this date, April 10, 1866, that the American Society for the Prevention of Cruelty to Animals (ASPCA) was chartered under the leadership of 53-year-old Henry Bergh (1813-1888). Bergh was horrified by the extensive cruelty he observed towards working horses, as well as stray cats and dogs in New York City. A philanthropist and diplomat, Bergh persuaded the New York state legislature to pass the USA's first effective animal anti-cruelty law.

Curiously, despite the depictions of St. Francis of Assisi surrounded by his loving birds, it was Europe under Christianity that was the worst offender against the principle of humane treatment of animals. The Buddhist (that is, the atheist) King Ashoka the Great (Açoka/Asoka), whose reign began in what is now the Indian subcontinent, about 273 BCE, established hospitals for humans and animals. He encouraged religious tolerance, as well. Ashoka insisted on kindness to animals and forbade their killing even for food.

In the Greek section of the Roman world, such pagan writers as Plutarch, Seneca and Porphyry condemned cruelty to animals. The human and animal fights in the Coliseum were, according to the much-touted Christian story, halted by the Eastern monk Telemachus, who got between two gladiators to stop them from fighting, shouting three times, "In the name of Christ, forbear!" Telemachus was slain by one of the gladiators. When the crowd saw the little monk lying dead in a pool of blood, they fell silent, leaving the stadium, one by one. Because of Telemachus' death, three days later, the Emperor (this would have been Honorius) ended the Games by decree. None other than President Ronald Reagan related this story of "the little monk" at the Annual National Prayer Breakfast on 2 February 1984. 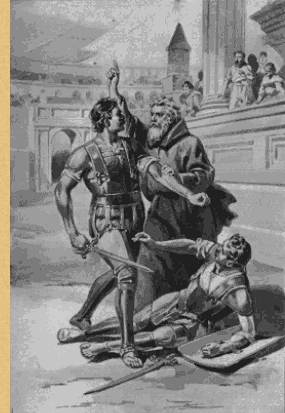 It is a courageous moral tale but for two little details: First, the date was 404 and the Empire had by then been ruled by Christian Emperors for about a hundred years. And second, not one of those Christian Emperors had uttered a word against the human and animal games in all that time. While there appear to have been no gladiatorial games after this period, the combats with wild beasts lasted until the fall of the Western empire, about 476. And the emperors were Christians all!

Since it was Christian doctrine that animals have no souls, and the Bible decreed that man was to have dominion over the earth and to subdue it (not to mention, replenish it) there was no Church prohibition against ill-treatment of animals. Cockfights and dog fights (both illegal but still practiced in the U.K. and the U.S.), bear-baiting (still practiced in Muslim Pakistan), and other inhumane treatment of animals for sport throughout the Middle Ages, thrived. And this was the very period when organized religion was in the strongest position to object with some credibility.

The 18th and 19th centuries saw the rise of freethought... and of animal rights, under the influence first of French philosophers (mostly Deists and freethinkers). Later, such rationalists as Robert Owen, Jeremy Bentham, Sir Samuel Romilly, Sir James Mackintosh, and others, lead the movement away from animal cruelty. That movement culminated in the RSPCA in 1822 — and to the event we remember on this date: the chartering of the American Society for the Prevention of Cruelty to Animals, in spite of long silence from the representatives of the Christian God.

"Though he remains an agnostic," McCabe write of his personal relationship with Phillpotts, "in recent years he has become milder and more conservative."