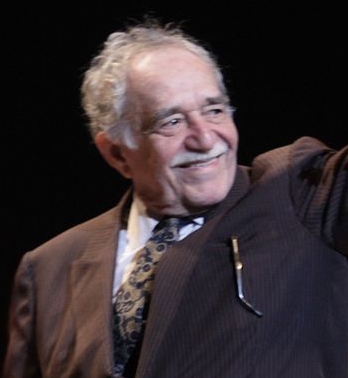 It was on this date, March 6, 1927, that Latin-American journalist, novelist and short story writer Gabriel García Márquez was born in Aracataca, Colombia. Although born to two parents, they left Gabriel to be reared by his grandparents and three aunts. It was from stories his grandparents told him that Gabriel learned to revere Venezuelan military and political leader Simón Bolivar and the revolutionary spirit he embodied. From a high school for the gifted, Gabriel moved on to Bogotá and studied law and journalism at the National University and at the University of Cartagena. As a journalist, he secretly associated with communists and, in the mid-1950s, while at the Prensa Latina office in Havana, he befriended Fidel Castro.

Although brought up culturally as a Roman Catholic, Márquez once said, “If God hadn't rested on Sunday, He would have had time to finish the world.” And it is clear that he does not take the Bible literally: “Fiction was invented,” said Márquez, “the day Jonas arrived home and told his wife that he was three days late because he had been swallowed by a whale.”

Márquez popularized a literary style known as “magical realism” (el realismo magical). He is chiefly known for his novels (One Hundred Years of Solitude, 1967; Love in the Time of Cholera, 1985), his non-fiction (The Story of a Shipwrecked Sailor, 1970) and his short stories. For example, in his short story called “Monologue of Isabel Watching It Rain in Macondo,” Márquez uses his “magical realism” to illustrate how religion tilts the social structure against the lower classes and toward men – women are seen as inferior; the constantly falling rain is a metaphor for the religion that weighs down and almost drowns the entire society. In “A Very Old Man with Enormous Wings,” Marquez attacks religion by poking fun at the Christian practice of paying collections to the church and acting pious in exchange for answered prayers. Then, once the prayer is answered, the human subjects revert to greed and selfishness.

Márquez was awarded the Nobel Prize in Literature in 1982. It was Gabriel Garcia Márquez who said, more out of Roman Catholic habit than conviction, “I don't believe in God, but I'm afraid of Him.”