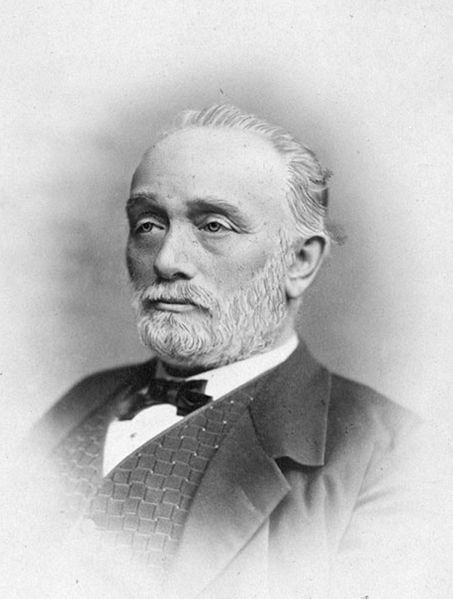 It was on this date, March 29, 1824, that German philosopher, physiologist and physician Ludwig Büchner was born Friedrich Karl Christian Ludwig Büchner in Darmstadt. He was educated in physics, chemistry, botany, mineralogy and philosophy at Gießen and studied pathology with the great Rudolf Virchow (1821-1902). Büchner was one of the exponents of 19th century scientific materialism, but he was deprived of his medical professorship at Tübingen University for writing his famous book, Force and Matter (1855), due to the extreme materialism of the work – although he would describe himself as a Monist (like Ernst Haeckel), a philosophy which today would be understood as atheism. Nevertheless, this “Bible of Materialism” sold hundreds of thousands of copies in various languages and was greatly influential in Europe. In it, he wrote, “What we still designate as chance, merely depends on a concatenation of circumstances, the internal connection and final causes of which we have as yet been unable to unravel.”

Retiring to Darmstadt, Büchner filled his days as a practicing physician and filled pathological and physiological magazines with regular contributions. Büchner's materialism and high ideals sparked a Freethought movement in Germany. He founded a “German Freethinkers League” (“Deutsche Freidenkerbund”) in 1881, where atheists in that country gathered together publicly for the first time. Nature, according to Büchner, was physical force and matter, having no purpose, no will, no laws imposed by outside authority; in other words, there was no supernatural component inside or outside the natural world.

As for religion and morality, here is what Büchner observed in Force and Matter:

For morality… is not innate or implanted by a higher power in the mind of each individual in the form of definite moral precepts, but it is acquired by long practice and experience. If it had been implanted, or in other words, if man, as an outcome of the Godhead, possessed an innate knowledge of good and were impelled towards it, as idealists and theologians want to make us believe, then we might dispense entirely or to a very large extent with all other premiums that are held out for being moral – such as the prospect of future rewards and punishments, as well as the arrangements made by society for the prevention and punishment of crimes.

Nor is morality the outcome of religion or of definite precepts derived from faith; for experience has proved that the most religious ages and nations have not always been the most moral. On the contrary, religious fanaticism has such an array of sins of commission and of omission to answer for, that all other offences that history tells us of. are a mere nothing in comparison with them. Is it not a fact that in the very countries in which the Church holds an undisputed sway and no freedom of thought is tolerated, a very much lower standard of morality prevails to this day than in those in which enlightenment has raised its victorious banner?

The man Christians considered an atheist evangelist, Ludwig Büchner died at Darmstadt on 1 May 1899.

Hamilton wrote, "The bible teaches that a father may sell his daughter for a slave, that he may sacrifice her purity to a mob, and that he may murder her, and still be a good father and a holy man."