March 17: The Miracles of St. Patrick 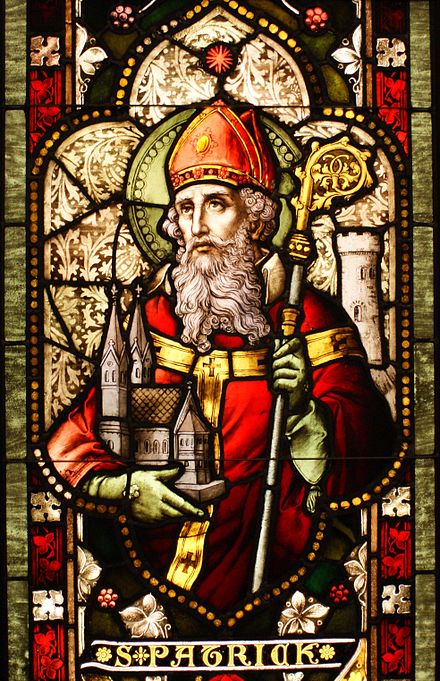 It was on this date, March 17, 461,* that the patron saint of Ireland, St. Patrick, died in Ireland – unlike many of the Roman Catholic saints, apparently peacefully in bed. This “holy man from Wales who banished snakes and Celtic paganism” in Ireland, on a mission from Pope Celestine I, is commemorated with a secular celebration that, like Christmas, evolved from a religious holiday (or holy day or feast day) – but in this case, one that is specifically Irish. That is, a holiday that pretty much excludes anybody – like black people, Middle Eastern people, and others who are not fair-skinned fond of drinking and prone to fighting.

By all accounts, St. Patrick was a holy, ascetic man, who used many miracles to convert the Druids and other pagans of Ireland, so it must be asked, what could these miracles be? Better yet, what is a miracle and what good is it for proving the truth of something?

The Catholic Encyclopedia lavishes over 13,000 words on the subject of miracles, yet cannot in all that space come up with a better argument for them than Thomas Paine came up with against them over 200 years ago in The Age of Reason—

If we are to suppose a miracle to be something so entirely out of the course of what is called nature, that she must go out of that course to accomplish it, and we see an account given of such a miracle by the person who said he saw it, it raises a question in the mind very easily decided, which is, – Is it more probable that nature should go out of her course, or that a man should tell a lie? …**

Paine answered his own question quite easily, something that just as easily escapes the credulous CE—

We have never seen, in our time, nature go out of her course; but we have good reason to believe that millions of lies have been told in the same time; it is, therefore, at least millions to one, that the reporter of a miracle tells a lie. …

What has this to do with St. Patrick? If a miracle is a violation of a law of nature caused by divine intervention, not just something counterintuitive or unprecedented or rare, and if Patrick caused or directed or was the catalyst for miracles during his ministry, and if accounts of these miracles (which come to us second hand) can be believed – what are we to make of them? Remember, Patrick was charged with converting the Irish. But history shows that such a mission has been achieved many times before and since without the aid of miracles. So, if the miracle is unnecessary to the mission, of what value is it?

So, we have not only the problem of the credibility of the account, but also of the necessity of this violation of nature. As Paine put it, a few paragraphs later in The Age of Reason—

In every point of view in which those things called miracles can be placed and considered, the reality of them is improbable, and their existence unnecessary. They would not, as before observed, answer any useful purpose, even if they were true; for it is more difficult to obtain belief to a miracle, than to a principle evidently moral, without any miracle. Moral principle speaks universally for itself. Miracle could be but a thing of the moment, and seen but by a few; after this it requires a transfer of faith from God to man to believe a miracle upon man's report. Instead, therefore, of admitting the recitals of miracles as evidence of any system of religion being true, they ought to be considered as symptoms of its being fabulous. It is necessary to the full and upright character of truth that it rejects the crutch; and it is consistent with the character of fable to seek the aid that truth rejects.

In the case of St. Patrick, if his religion is true, miracles don’t help; if his religion is false, miracles can’t help. Furthermore, if Patrick caused the miracles, then Patrick himself was a god. If God caused the miracles through Patrick, that is no different from Patrick dictating divine action, and he was more powerful than God. If Patrick was a catalyst for miracles – that is, an agent in the presence of which an event occurs, but which does not directly cause the event – then Patrick was fungible and could have been anybody or nobody special.

Like prayer, miracles are pointless and useless. So it’s just as well that St. Patrick’s Day, like Christmas, has evolved from a holy day into a secular celebration. Although, it might have been more salubrious as a day of sobriety!