March 10: The Lie of Arnold Toynbee 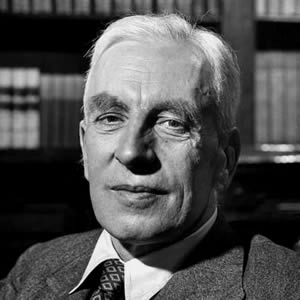 It was on this date, March 10, 1937, that English historian Arnold J. Toynbee wrote: “In this really very brief period of less than 2,000 years Christianity has, in fact, produced greater spiritual effects in the world than have been produced in a comparable space of time by any other spiritual movement that we know of in history.” The claim was made in an article entitled “The Menace of the New Paganism,” published in Christian Century on that date.

Arnold Joseph Toynbee, who lived from 1889-1975, was a noted British historian whose 12-volume (1934-1961) analysis of the rise and fall of civilizations, A Study of History, is the chief religious apology for the social record of Christianity in the West. Toynbee attributes the decline of civilizations to moral decay, preferring to overlook such factors as militarism, ecological despoliation and economic malpractice.

As for the great “spiritual effects” of Christianity, what could these be? And why would it take 2,000 years to achieve these effects? What Toynbee must have known, because he was well-read in history, is that the spiritual effects of Christianity, if they are to be counted as something of value, must have had some material effect on Western society. So what was the material effect of Christian spirituality on Western society?

Each one of these claims is either true or false. And anyone who makes any of these claims either knows the truth and lies, or is unread in history and has no business making the claims. It is clear into which category Christian apologists like Arnold Toynbee fall.

Children. It is claimed that Christianity abolished the practices of abortion, the exposure (or abandoning) of children, and infanticide. In fact, these practices were rare and condemned by the pagan legislature. The mere charge by a Christian that a pagan had resorted to infanticide could rally an anti-Christian mob. It was the pagan lawyer Paulus, three centuries before the Church had any influence over Rome, who called for death to anybody who casts away a child, or denies it food, or abandons it to suffer and die. It was Emperor Trajan, a pagan, who decreed that you could not make a slave of an exposed child – the law was reversed by the Christian Emperor Constantine. Emperors Caracalla and Diocletian, both pagans, attempted to stop the traffic in children. "The moral obligations of parents toward their children were fully and deeply felt by the Roman nation."[1]

Schools. It is claimed that Christianity gave the world schools. In fact, the society of Ancient Rome (by the second half of the fourth century) had provided quite a good, free, public education system. St. Augustine, for example born in a rural town in 354, was a product of this public education. What happened when Rome decayed and Christianity took over? Not only did Christianity make not a sound when public education disappeared in the ruins of the Empire, but the new religion both applauded its departure and made no effort to replace it. “So little was done in the way of education during the thousand years of absolute Christian domination,” writes one historian, “that more than ninety percent of the people in every Christian nation were illiterate and densely ignorant.”[2] Let’s put it starkly: by 400, via Imperial Decree, Christianity became the official religion of the Roman Empire; by 500, not a trace of pagan schools remained – and nothing replaced them.

Hospitals. It is claimed that Christianity gave the world hospitals. In fact, like the fundamentalists in our day who attack Planned Parenthood centers that offer reproductive services, and occasionally abortion, Christians of Ancient Rome persisted in destroying temples of Aesculapius (the god of healing), the very places where medical services were offered to the poor, for free. Christians considered the field of medicine that the Greeks and Romans had developed, "heretical." The extent of Christian "medical science" consisted of praying for the sick and exorcising the mentally ill for "possession." Christian clerics fought quinine, anesthetics, sanitation education, the kind treatment of the insane, and practically every other form of mercy toward the sick. When the Black Plague swept Europe, 1348-1350, claiming an estimated 100 million lives, theologians dismissed it as God's punishment for not obeying the Church. The churches of Europe “shattered Roman science and education, and it fought and hampered the men who, like Vesalius, tried in the Middle Ages to resume the development of medical science.”[3]

Unions and workers. It is claimed that Christianity encouraged unions and supported the rights of workers. Apologists will claim that at least the churches supported the precursors of unions, which were the medieval guilds. In fact, because they were pagan, the medieval guilds were sternly resisted and severely condemned by the Roman Catholic Church: during the reign of Charlemagne, a decree of the year 779 threatens severe pena1ties against men who “conspire together in Guilds” and take oaths to them. Furthermore, 90% of medieval workers had no guilds. Prior to the “triumph” of Christianity, the pagan workers of Ancient Rome had system of trade unionism: each trade had a "School" or "College" (i.e., union), which provided social and financial support, including mutual aid, death benefits and even job placement. There is even some evidence that slaves and women were occasionally admitted as members. When the Empire fell, the pagan social structures fell with it. The Church erected nothing as a substitute.[4]

Women. It is claimed that Christianity improved the social status of women. In fact, Christianity found women free and respected under the Roman Empire, and degraded her to the position of chattel and virtual slave throughout the next 1400 years. The legal right to vote one’s interests was a novelty of the late 1700s, but only for men. The extension of the franchise to Western women was not allowed until the early 1900s. As for the other rights women enjoy in our modern, secular world, you will look in vain to find them from the years 500 to 1800, during which the churches had their most influence in the Western world, yet you will (if you care to read historians rather than Christian apologists) find her position in society elevated to its highest point it has seen until modern times, socially and morally, under the late Roman Empire. Before that, under prior pagan civilizations, the story is mixed, to be sure, but in Old Testament times, a woman was inferior to a man, chose neither husband nor lover for herself, was considered “unclean” every 28 days, had her property, personality and destiny controlled by a husband and/or priest, could be rendered homeless at will through divorce or, “god forbid,” having the temerity to protest her situation. By contrast, writes one historian, “Women were as free and respected in Babylon in 586 B.C. as they are in Boston today.”[5]

Slavery. It is claimed that Christianity ended slavery. In fact, while it is true that slavery existed throughout history, including during the time of the Roman Empire, it is also true that Greek and Roman social moralists recognized the injustice of slavery – one human being owning another – and quite often denounced it. It is just as true that until the 800s, no Christian cleric of any importance or influence denounced slavery. It is just as true that during the Christian Middle Ages, workers were much worse off than under the slave system of Rome, because nearly everyone in Europe was a serf – which is slavery with fewer rights and even less hope of eventual freedom. The improvement of the condition of workers generally was accomplished independently of, and often in spite of, the churches. Slavery in Ancient Rome was on the way out: it was condemned more and more by Roman moralists, and existing slaves were being granted more and more rights in the meantime. When the Empire fell, what protections there were for the slaves fell with it. There is no condemnation of slavery in the Bible, so there was no incentive during the early Christian Era to abolish it. Only when the churches being questioned about their social service to humanity did religious apologists start inventing the lie that Christianity “broke the fetters” of the slave.”[6]

Morality. It is claimed that Christianity elevated the general morality. In fact, the Ages of Faith were emphatically ages of crime, of gross and scandalous iniquity, of cruelty. In other words, the Ages of Faith were an Age of Immorality. Under the Stoic-Epicurean philosophy prevalent in Ancient Rome, there were no more prostitutes than in modern Chicago (at least they had a union); just as much, or as little, drunkenness; there was less adultery, perhaps, because it was punishable by death. But in Christian Europe, after the fall of the Empire, the clergy, and even the popes, were nearly all immoral and some even owned brothels. The clergy would profess celibacy, but keep mistresses in their houses. The problem became so common that various church decrees had to be pronounced to condemn it. Even Saint Jerome had to admit that the pagans were better behaved than the Christians.[7] Until the modern era, there was little evidence to contradict the cynical definition of “Christian” by Ambrose Bierce: “One who follows the teachings of Christ in so far as they are not inconsistent with a life of sin.”

To be honest, some critics have complained that Toynbee’s conclusions were those of a Christian moralist rather than of a historian. But to be honest, 2,000 years of Christianity have made the world materially worse than had there been no such “spiritual effects in the world.”

“We need not take refuge in supernatural gods to explain our saints and sages and heroes and statesmen, as if to explain our disbelief that mere unaided human beings could be that good or wise.”