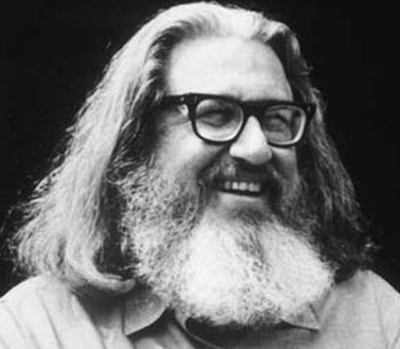 It was on this date, March 1, 1922, that American publisher and founder of MAD Magazine, William Maxwell Gaines, was born in New York City. William M. Gaines became a comic book publisher literally by accident when, in 1947, his father, the publisher of Educational Comics, died in a freak boating accident. The 25-year-old Gaines inherited EC, which he changed to "Entertaining Comics," but a book by Dr. Frederic Wertham, Seduction of the Innocent, charged that full-color horror and science-fiction comic books — which happened to be Gaines's most popular titles — caused juvenile delinquency. A Senate investigation in the mid-1950s resulted in the founding of the Comic Code Authority, and Gaines had to find another genre to generate money.

Gaines invented the black-and-white, self-deprecating satire magazine: MAD. Along with the self-described "usual gang of idiots," Gaines made MAD popular with young people from the 60s through the 80s. The jumbo-sized Gaines was still publishing at his death on 3 June 1992. And MAD Magazine's comic skewering did not spare religion. One satire, called "The Academy for the Radical Religious Right Course Catalogue," included perfect caricatures of Pat Robertson, Phyllis Schlafly, Donald Wildmon, Ralph Reed and other religious bigots of the day, and begins:

Why do members of the radical religious right think the way they do? Are they born like that? Did they have a bad accident as a child? A tragic love affair that soured them on the world? The answer is: none of the above! You have to be taught to be so self-righteous and narrow-minded! It takes years of schooling at a highly specialized learning institution! And we've managed to get our grimy little hands on a brochure for such a place.

When emphasizing his sincerity, wrote biographer Frank Jacobs, Gaines would declare, "On my honor as an atheist..." Also, when long-time contributor Dave Berg would greet him with "May God give you his blessing," Gaines would politely reply, "Dave, shut the hell up!"* His friends were just as candid at Gaines's memorial, on 5 June 1992. Joe Raiola, Associate Editor at Mad since 1985, recalled:

And he said, "Please, will you please get the hell out of here."

Stephen Jay Gould (1941) It was on this date, September 10, 1941, that "One of the most influential evolutionary biologists of the 20th century and perhaps the best known since Charles Darwin"[1] - Stephen Jay Gould - was born. He grew up in New York City, graduated from Antioch College and in 1967 earned his […]