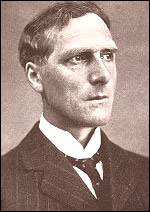 It was on this date, February 5, 1866, that Scottish anatomist and physical anthropologist Sir Arthur Keith was born in Aberdeen, the son of a farmer. After earning a Bachelor of Medicine Degree from the University of Aberdeen in 1888, Keith traveled as a physician on a gold mining trip to Siam (now Thailand), where he did his first field dissections and studies of primate anatomy. He was secretary of the Anatomical Society of Great Britain 1899-1902, Fullerian Professor of Physiology at the Royal Institution 1917-1923 and President of the Royal Anthropological Institute 1912-1914.

A prominent evolutionist in his time, Keith was one of many experts, lacking the tool of radiocarbon dating (not invented until the year of his death) taken in by the Piltdown fossil hoax. But his defense of Darwinism and his research and publication on the subject of primate and human evolution, put him in the front rank of his peers. He was knighted in 1921.

Keith once said, "This world of ours has been constructed like a superbly written novel: we pursue the tale with avidity, hoping to discover the plot." Although this sounds like Keith admitted a divine plan, he was among other memberships an Honorary Associate of the British Rationalist Press Association. Indeed, he admitted a sentimental regard for Christianity when he opined that the Bible was no better than any other guidebook: "The Bible remained for me a book of books, still divine — but divine in the sense that all great books are divine which teach men how to live righteously."

Keith died on 7 January 1955 in Downe, Kent, England. It was Sir Arthur Keith who said, "As long as man remains an inquiring animal, there can never be a complete unanimity in our fundamental beliefs. The more diverse our paths, the greater is likely to be the divergence of beliefs."