February 25: The Passion of the Christ Released

The Passion of the Christ Released (2004) 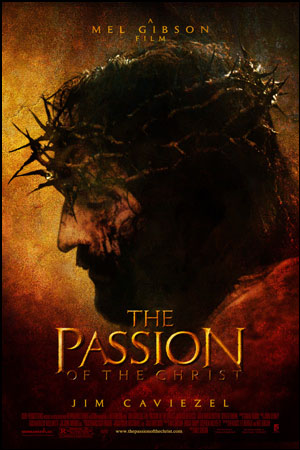 Poster for "The Passion of the Christ"

It was on this date, February 25, 2004, that The Passion of the Christ, a film written and directed by American performer Mel Gibson, about the arrest, trial, crucifixion and death of Jesus, was released in the United States. The film was given a “R” rating for excruciating violence and thematic content. Although nominated but passed over at the Oscars, for its $30 million budget, the film made almost a quarter million dollars on over 950 screens its opening weekend. As of 2010, The Passion of the Christ” is the highest-grossing R-rated film in US box office history earning $370 million. Latest figures show US rentals at over $203 million.

Not surprisingly, in spite of its violence, blood and gore, Christians rated The Passion of the Christ highly, while mainstream critics were mixed: It won “Film of the Year” at the Christian WYSIWYG Film Festival. It was voted the most pro-Catholic film of all time by readers of Faith & Family magazine and the National Catholic Register newspaper. There is even a story, reported by the Internet Movie Database, that because of their experiences during film production, many of the cast and filming crew later converted to Catholicism. Among those who converted, according to a priest who visited the set, was an atheist who played Judas Iscariot (Luca Lionello).*

The reaction was mixed among more mainstream critics – that is, among critics who are dispassionate or not already converted: While praising the performance of Roman Catholic actor Jim Caviezel as Jesus, critics polled on the review aggregator “Rotten Tomatoes” reported only 50% of 260 reviews were positive. Those in the negative 50% remarked that the graphic details of Jesus' torture make the movie tough to sit through and obscured whatever message it was trying to convey. Roger Ebert of the Chicago Sun-Times, calling it “the most violent film I have ever seen,” still gave The Passion of the Christ four out of four stars, but Slate reviewer David Edelstein called it "a two-hour-and-six-minute snuff movie," and Jami Bernard of the New York Daily News called it "the most virulently anti-Semitic movie made since the German propaganda films of World War II."

Director Mel Gibson, of Mad Max, Braveheart and Lethal Weapon fame, is a devout Catholic, but refuses to recognize Vatican II, in which Pope Paul VI formally absolved Jews of blame for the death of Jesus. Since there would be no Christianity without said death, one would think Paul is right and Mel is wrong. Gibson’s marketing of the film cleverly pre-empted much criticism: he has called his critics the "dupes of Satan" to make negative reviews seem like an attack on Christian religious beliefs instead of on his film’s historical, moral and artistic content.

And there is much to criticize on all three of those counts. Although screenwriting credits go to Gibson and Benedict Fitzgerald, most of the narrative and visual elements in the film come not from the Gospels according to Matthew, Mark, Luke and John, which themselves were written almost two generations after the supposed events, but were, to put it charitably, “extra-biblical.” In The Passion of the Christ, much of the “passion” – a word which in the original Latin means suffering and pain – is the based on the visions and imaginings of an early 19th century mystic and religious fanatic by the name of Anne Catherine Emmerich (1774-1824). Neither Emmerich, nor her 1833 book The Dolorous Passion of Our Lord Jesus Christ, were credited in the film. But Gibson made heavy use of her material, nonetheless. 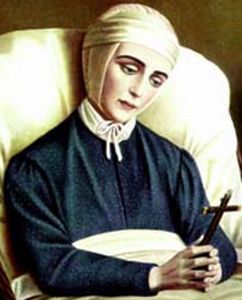 It is in The Dolorous Passion that the gruesome, sadistic and anti-Semitic details depicted in Gibson’s film are first described. And where did Emmerich get these details? They appear to be a fantastic collage of medieval legend, Catholic tradition and pure delusion. The delusion part is most telling: Emmerich filled in the gaps in the Gospels with the ravings of an inedic – one who claims to live without food – who spoke with a guardian angel as a child, received enlightening visits from Jesus, Mary and various saints later on and displayed stigmata, or the supposed wounds of Christ’s crucifixion, after entering an Augustinian convent.

So what we have in The Passion of the Christ is not a documentary, because – even if you accept the existence of Jesus in the first place – it leaps way beyond the facts of even the time in which the events were to take place; and not a religious drama, because it is over two hours of seemingly unending and mostly gratuitous violence, purportedly showing how much God, or the son of God, endured for his chosen people, yet in the end merely caricaturing the abusers and the abused with no greater message than that bad people can hurt you. What The Passion of the Christ really amounts to is sadomasochism and, with its lugubrious focus on naked male flesh, homeroticism, sending a political message: Mel Gibson’s true passion, in the sense of enthusiasm, is anti-Semitism and Catholic fundamentalism. It’s no wonder the film has never been widely shown in Israel!

* You can find the account in an interview with Father John Bartunek at this link, but I have been unable to locate any corroboration from Lionello himself and, anyway, at the rate of $30,000,000 per convert, the Roman Catholic Church has an expensive road ahead of it!