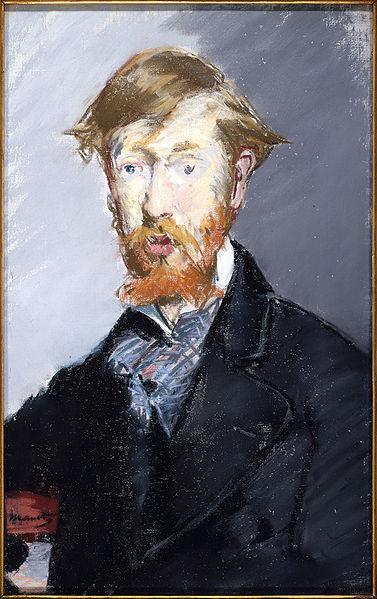 It was on this date, February 24, 1852, that Irish writer George Moore was born George Augustus Moore, to a Roman Catholic family of large land holdings in Moore Hall, near Lough Carra, County Mayo. First intent on becoming a painter, in the 1870s he traveled to Paris and absorbed not only French artistic ideas, but French realist literary ideas, as well. He befriended leading French artists and writers.

Deciding his artistic talents were not up to contemporary standards, Moore distinguished himself in literature, although his talents even in that field were not universally appreciated at the time. Moore’s realist writings were influenced by those of Émile Zola and Moore, in turn, influenced the writings of James Joyce. A Modern Lover (1883), A Drama in Muslin (1886), Confessions of a Young Man (1886) and Esther Waters (1894) were some of his works.

Although not outspoken on religion, his 1911 literary play, The Apostle, and his 1916 novel, The Brooke Kerith*, clearly rejected the Christian view of Jesus. Indeed, Moore speculated (influenced by the ex-Catholic priest, Joseph McCabe, who knew him) that Jesus was probably an Essenian monk up to the age of 30 – one of an ascetic, Jewish religious group that flourished from the 2nd century BCE to the 1st century CE – and that instead of dying on the cross, Jesus was nursed back to health. (This idea was modernized by Nikos Kazantzakis in his controversial 1955 novel The Last Temptation of Christ, released as a film in 1988.)

The Catholic-born Moore abhorred the Roman Catholic Church and preferred to be regarded as a Protestant – even though Protestants, too, were troubled by his ideas about Jesus. George Moore died in London, an unrepentant agnostic, leaving his fortune to his brother, on 21 January 1933. He was 80.

* You can read the full text of The Brooke Kerith at this link.