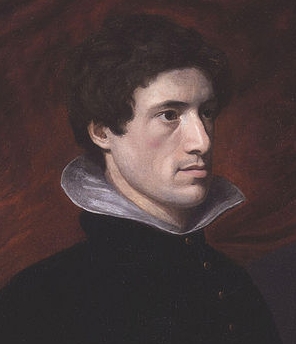 He found little success until he, with his older sister Mary, wrote the children's book Tales from Shakespeare (1807). In a letter to the poet Southey, Lamb says: "The last sect with which you can remember me to have made common profession were the Unitarians."* With a later work, Essays of Elia (1823-33) — Elia was a pseudonym he used at London Magazine — Lamb became famous. Biographer Edward Verrall Lucas shows that Lamb was a complete agnostic from 1801,** and from his 1829 edition of Elia included the Southey letter in his preface, explaining that he was no longer even a Unitarian.

He never married, but looked after his institutionalized sister, Mary, until his death from an infected cut on his face. Charles Lamb died on 29 December 1834.

Friedrich Nietzsche (1844) It was on this date, October 15, 1844, that German philosopher Friedrich Nietzsche was born in Röcken, Saxony, the son of a Lutheran pastor who died when he was five. Brought up by pious relatives, Nietzsche was educated at the universities of Bonn (1864-65) and Leipzig (1864-68), becoming a professor at the […]