January 26: The Index of Prohibited Books 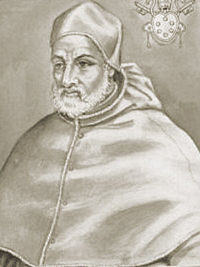 It was on this date, January 26, 1564, that Pope Pius IV, in a document called "Benedictus Deus," ratifying the proceedings of the Council of Trent, instituted the ten rules for suppressing free thought and thereby created the Index of Prohibited Books. The Index Librorum Prohibitorum, as it is called in Latin, which is the language in which it was published, was last updated and published in 1948 (under Pius XII), and suppressed in 1966 (under Paul VI). But it is still considered a grave sin in the Roman Catholic Church to read any book considered by the authorities to be heretical and superstitious or immoral because obscene.

There was no real Index until 1564 because literature and literacy were so rare and so centralized (in universities, mainly) that the Church could reach out and snuff anyone who looked askance at its forgeries and faults. The real impetus for the Index and censorship was the rising Protestant tide and the dispersal of people the Church could not reach. It took another 15 years, until 1559, for the church to actually issue a list of prohibited books.

But this was not the first effort to suppress divergence from the one true faith. Acts 19:19 describes the earliest example of Christian book-burning, in about the year 150:

And a number of those who practiced magic arts brought their books together and burned them in the sight of all; and they counted the value of them and found it came to fifty thousand pieces of silver.[1]

This story is almost certainly a forgery: each of those 50,000 pieces of silver was the equivalent of a day's wage, according to the translator. The early Christian community could not have been that wealthy, nor could there have been that many books on "magic arts."

That the clergy suppressed dangerous books out of concern for the morals of the masses is belied by many examples. One of the earliest of clerical censorship efforts took place at a synod of bishops, probably at Ephesus (Turkey), which forbade the reading of "The Acts of St. Paul." The "Acts" included a story that presented a woman, the virgin Thecla, holding a prominent church position. Clearly, the clergy were not protecting morals but their own position and income.

In 494 Pope Gelasius banned heretical books and apocryphal gospels, but at the time less than one percent of the laity could read. Between 500-1050 — otherwise known as the Dark Ages — only five acts of clerical censorship are recorded. This at a time when all education, if any, was under clerical control: there was simply too little literature being produced and the people were too ignorant to write heresy. There was only token concern for the rampant lewdness of the Middle Ages, much of it enjoyed and even commissioned by the papacy. In practice, the Church punished severely only those who questioned doctrine — further proof that the Church was protecting itself, not public morals.

From 1400-1550, according to historian George H. Putnam: "The most obscene books to be found in any literature escaped the Papal censure, and a man like [Pietro] Aretino, notorious for his ribaldry, could aspire with fair prospects to the scarlet of a cardinal."[2] More space on the Index was devoted to translations of the Bible than to any other work, including lewd ones. And why not? If people could read the Bible for themselves, they might notice the complete lack of biblical support for a priestly hierarchy. The church insisted that the dispensing and interpreting of God's word was the province of priests — again protecting their influence and income.

The Council of Trent was forced on an unwilling Pius IV. The French threatened to invalidate his election on grounds of simony if he didn't proceed. Pius complied because he knew the charge was true! But Pius, a notorious nepotist, was the last pope reformers would want to lead a reformist Council: Catholic historian Ludwig Pastor calls him "little imbued with the ecclesiastical spirit" and "personally inclined to a more secular course of action" — that is, this putatively pious guardian of morals preferred his sensual pleasures (at age 60-plus) to the hard work of reform.

The result of the Index, at least until the Age of Enlightenment, was not only a stifling of debate about religion, but a serious delay in the moral advance of civilization. That and the suppression of literature generally: except for the writers the Church ruined — Galileo, Giordano Bruno, Lucilio Vanini, et al. — between 1564 and the appearance of Deist writers such as Vittorio Alfieri (1749-1803), Ugo Foscolo (1778-1827) and Giacomo Leopardi (1798-1837), Italian literature was a blank page.[3]

Here’s your Week in Freethought History: This is more than just a calendar of events or mini-biographies – it’s a reminder that, no matter how isolated and alone we may feel at times, we as freethinkers are neither unique nor alone in the world. Last Sunday, December 9, but in 1953, American actor John Malkovich […]