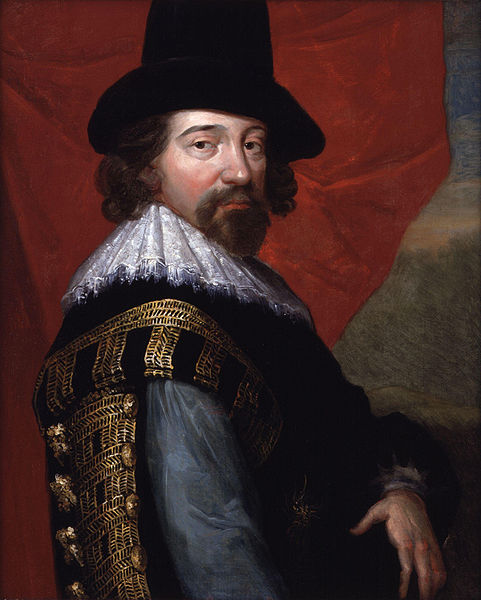 It was on this date, January 22, 1561, that English science essayist Francis Bacon was born in London, a contemporary of William Shakespeare in Elizabethan England. His father died when Bacon was 18, but he nevertheless read the law and got himself elected to the House of Commons at age 23. Elizabeth did not favor him, but after 1603 James I did. Bacon became Baron Verulam, Viscount St. Albans and Lord Chancellor of England.

Bacon professed religious orthodoxy in public, and from the line clerics love to quote —

A little philosophy inclineth man's mind to atheism, but depth in philosophy bringeth men's minds about to religion. (Essays, "Of Atheism")

— he would seem so. But in the very next essay, Of Superstition, Bacon shows that Atheism is socially superior to superstition:

Atheism leaves a man to sense, to philosophy, to natural piety, to laws, to reputation; ... but superstition dismounts all these, and erecteth an absolute monarchy, in the minds of men. Therefore atheism did never perturb states; ... (Essays, "Of Superstition")

Bacon was a promoter of scientific inquiry. This can be seen in his Novum Organon (1620), De Augmentis Scientarum (1623) and New Atlantis (1627). To his dying day, on 9 April 1626, Bacon believed science, not religion, was the salvation of the human race. It was Francis Bacon who said, "The more contrary to reason the divine mystery, so much the more must it be believed for the glory of God."*

NB: Bacon's Essays (1625) can be read at this link (or in the original Latin at this link); his Novum Organon and New Atlantis through this link.

This Week in Freethought History (May 6-12)

Here’s your Week in Freethought History: This is more than just a calendar of events or mini-biographies – it’s an affirmation that we as freethinkers are neither unique nor alone in the world, no matter how isolated and alone we may feel at times. Last Sunday was the 51st birthday of American actor and director […]