A Day of Fasting and Penance (1997):
Apologizing 300 Years Late for Witch Executions

...so all of God's people may offer up fervent supplications unto him, that all iniquity may be put away, which hath stirred God's holy jealousy against this land; that he would show us what we know not, and help us, wherein we have done amiss, to do so no more...

There are so many interesting questions here: Why were 19 Salem residents, mostly women, hanged for the "crime" of witchcraft — one that most of us today believe to be imaginary? (Three hundred years ago, witchcraft was a real evil; today we think Harry Potter is cute!) What is penance, and how exactly does that help the victims of wrongful prosecution? What has fasting to do with penance, and what beneficial effect could it possibly have on the casualties of 17th century superstition?

The belief that there are sorcerers, wizards and witches with magical powers rivaling those of God was at one time an essential part of Christianity. If we look at Deuteronomy 18:10-12[1], Leviticus 20:27[2] and the more famous passage at Exodus 22:18 — "Thou shalt not suffer a witch to live" — we should have enough evidence. But the whole story of Saul's visit to the witch of Endor (I Kings 28) demonstrates the necessity of biblical belief in witchcraft.

There is equal naïveté in the New Testament. Galatians 5:20-21 says practitioners of witchcraft "shall not inherit the kingdom of God." Revelations 21:8[3] condemns sorcerers to the lake of fire. Acts 8:9[4] and 13:6[5] are comparably credulous. There is simply no way for Christians to contradict the 1768 conclusion of Protestant theologian John Wesley (founder of the Methodist church): "The giving up of witchcraft is, in effect, the giving up of the Bible."[6]

In Roman Catholic theology, confessing and expressing regret for a sin, i.e., penance, is considered a sacrament. Penance is supposed to relieve the burden of guilt. But since both sin and guilt are priestly fabrications, there is only one conclusion to draw: penance is prideful and selfish. There is nothing we can do today to help those who were murdered for an imaginary crime of three centuries ago. Therefore, a day of fasting and penance serves only to make a proud show of piety and regret. Furthermore, because it has no effect on the victims, the utility of penance is primarily on the penitent: it the calms the conscience and eases the ego.

The general abstinence from food or drink is observed in Roman and Eastern Orthodox Catholicism on certain holy days, just as it is in other Christian sects, including the Mormons. Fasting is not only mentioned in the Bible, Old and New Testaments, but also in the Koran, in the Mahabharat of Hinduism, and in the Upanishads of India, as well as being observed occasionally among the Bahá'í. But, aside from negligible health benefits, as with penance, fasting is similarly a selfish showcase for regret. 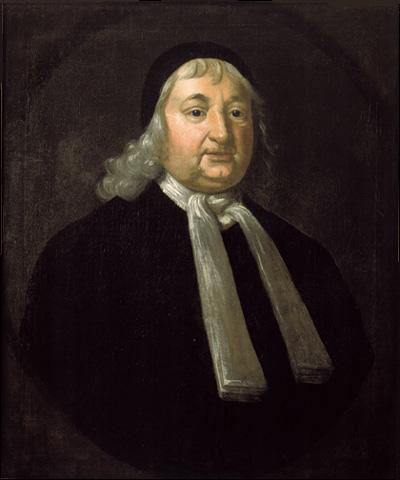 It is said that Judge (Rev.) Samuel Sewall, who had presided at many trials in Salem, stood up in his place in church on that fast day in 1697 and implored the prayers of the people that the errors which he had committed "might not be visited by the judgments of an avenging God on his country, his family, or himself."

Judge Sewall expressed a real fear of divine retribution, but he might simply have exercised his office with greater care for law and reason than for superstition. The victims of the Salem Witch Trials would have been better off with less Jesus and more justice.

[1] Deuteronomy 18:10-12- "There shall not be found among you any one that maketh his son or his daughter to pass through the fire, or that useth divination, or an observer of times, or an enchanter, or a witch. Or a charmer, or a consulter with familiar spirits, or a wizard, or a necromancer. For all that do these things are an abomination unto the LORD: and because of these abominations the LORD thy God doth drive them out from before thee." [2] Leviticus 20:27- "A man also or woman that hath a familiar spirit, or that is a wizard, shall surely be put to death: they shall stone them with stones: their blood shall be upon them." [3] Revelations 21:8- "But the fearful, and unbelieving, and the abominable, and murderers, and whoremongers, and sorcerers, and idolaters, and all liars, shall have their part in the lake which burneth with fire and brimstone: which is the second death." [4] Acts 8:9- "But there was a certain man, called Simon, which beforetime in the same city used sorcery, and bewitched the people of Samaria, giving out that himself was some great one: ..." [5] Acts 13:6- "And when they had gone through the isle unto Paphos, they found a certain sorcerer, a false prophet, a Jew, whose name was Barjesus: ..." [6] English jurist Sir William Blackstone (1723-1780) had similar thoughts: "To deny witchcraft is at once flatly to contradict the revealed word of God in various passages both of the Old and New Testaments." Much earlier, German religious reformer Martin Luther (1483-1546) said, "I would have no compassion for a witch; I would burn them all."

August 4: The Necessity of Shelley

Percy Bysshe Shelley (1792) It was on this date, August 4, 1792, that the third-greatest British poet, Percy Bysshe Shelley, was born at Field Place near Horsham, the son of a Member of Parliament. Along with developing a strong dislike for political tyranny, after reading the radical writings of Thomas Paine, William Godwin and Baron […]