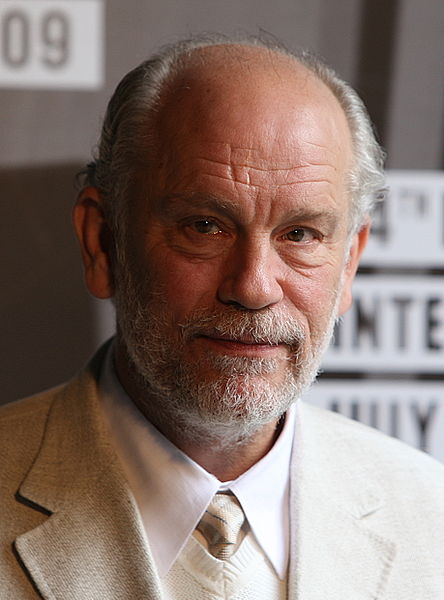 It was on this date, December 9, 1953, that American actor John Gavin Malkovich was born in Christopher, Illinois. John Malkovich was educated at Eastern Illinois University and Illinois State University. At age 30 he won an Obie award for an off-Broadway production of Sam Shepard's play True West, then starred with Dustin Hoffman in a 1984 Broadway revival of Death of a Salesman. That same year he won an Oscar nomination for playing a blind man in the film Places in the Heart.

An unusual leading man in such films as Dangerous Liaisons (1988), Malkovich followed on as a would-be presidential assassin in 1993's In the Line of Fire, for which he copped another Oscar nomination, and in 1999 with possibly the only film to star a living actor with his name also in the title, Being John Malkovich. Malkovich co-founded Steppenwolf Theater in Chicago with long-time pal Gary Sinise, who co-starred with him in the 1992 film Of Mice and Men. Malkovich made his film directing debut in 2002 with The Dancer Upstairs.

In 2000, Malkovich was in Chicago to direct the play "Hysteria" at Steppenwolf. Martha Lavey for WTTW Chicago asked Malkovich his thoughts on Freud, the subject of the play:

I think he was fantastic, a fantastic man. ... I also particularly like him because he was an atheist, and I grew tired of religion some time not long after birth. I believe in people, I believe in humans, I believe in a car, but I don't believe something I can have absolutely no evidence of for millenniums. And it's funny — people think analysis or psychiatry is mad, and they go to church...*

In a 2003 issue of the Australian magazine The Age, the interviewer says of John Malkovich, "He considers himself a libertarian, a liar (but only to entertain himself) and an atheist."** And in a 2008 Toronto Star interview, when asked whether it was necessary to have spiritual beliefs to portray a spiritual character, Malkovich said: “No, I’d say not... I’m an atheist. I wouldn’t say I’m without spiritual belief particularly, or rather, specifically. Maybe I’m agnostic, but I’m not quite sure there’s some great creator somehow controlling everything and giving us free will. I don’t know; it doesn’t seem to make a lot of sense to me.”

Albert Camus (1913) It was on this date, November 7, 1913, that French existentialist philosopher Albert Camus was born in Mondovi, Algeria. Camus studied philosophy with the idea of teaching it, but also discovered theater and journalism, working at those endeavors full time by 1938. In World War Two (1941) he joined the French Resistance […]