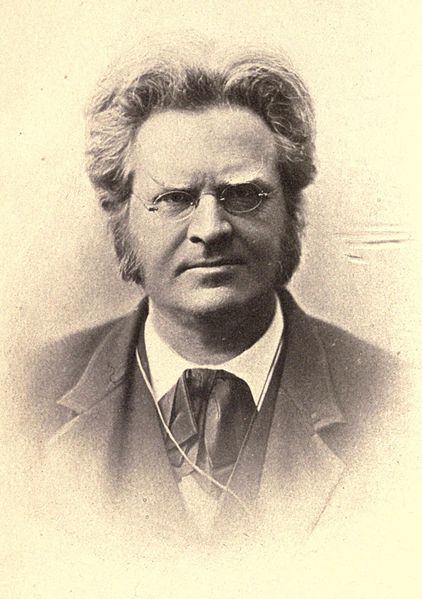 It was on this date, December 8, 1832, that Norwegian poet, novelist, and dramatist Björnstjerne Björnson was born in Kvikne, Österdal, Norway, the son of a Lutheran pastor whose religion was as bleak as the village landscape. But after age six the family moved to pleasanter surroundings in Noesset, Romsdal, and Björnson eventually attended Christiania University, from which he graduated in 1852. He read the Agnostic British philosopher Herbert Spencer, as well as Hippolyte Taine, Charles Darwin and others, and in 1875 Björnson revealed his rejection of religion. But this, along with his political views, elicited a charge of high treason, which caused him to travel abroad quite a lot.

Björnson is classed with Henrik Ibsen as one of the twin stars of Norwegian literature. He won the Nobel Prize in Literature in 1903 "as a tribute to his noble, magnificent and versatile poetry, which has always been distinguished by both the freshness of its inspiration and the rare purity of its spirit." And not only is his advanced Rationalism found in his works — these include Poems and Songs (Digte Og Sange, 1870) and Absalom's Hair (Absalons Haar, 1894) — but he translated Ingersoll for the Norwegian audience. He also campaigned for democratic political reform, including Finland's struggle against Russification. Björnstjerne Björnson died on 26 April 1910.

It was on this date, June 4, 1945, that American writer and independent scholar Susan Jacoby was born. A journalist for the Washington Post and other publications for over 25 years, and author of the Post’s weekly column, “The Spirited Atheist,” Jacoby has authored the 1984 Pulitzer Prize finalist Wild Justice: The Evolution of Revenge, […]