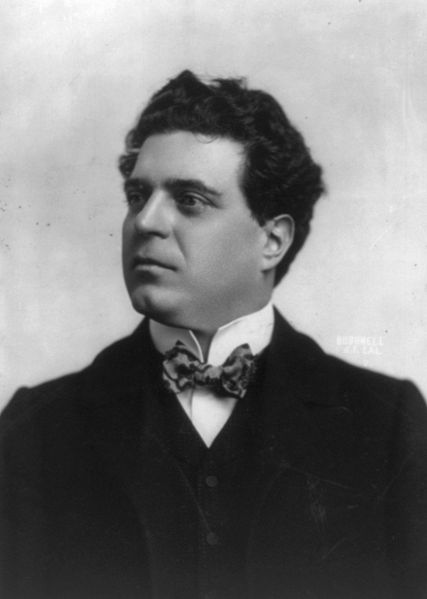 It was on this date, December 7, 1863, that Italian composer Pietro Mascagni was born in Livorno. Today, he is chiefly remembered as composer of Cavalleria rusticana (Rustic Chivalry), his one-act opera written, as he put it, for the heart and not the head. Mascagni's opera was not only popular in its day — it premiered on 17 May 1890 at the Teatro Costanzi, Rome, when Mascagni was Director of the Rossini Conservatory at Pesaro — but it is still performed to this day. And to this day, Mascagni's other works of similar quality, are neglected. The reason may be, because he hoped it would lead to more performances of his operas, that Mascagni chose to became official composer of Benito Mussolini's fascist regime. But when the fascists were defeated, so was Mascagni's musical reputation.

Some of his best works include church music, and his Cavalleria rusticana is set in front of a church. Even so, Mascagni himself had no religious belief. His biographer, Giannotto Bastianelli, says that he was a pagan even in his religious compositions.* Pietro Mascagni died in Rome on 2 August 1945.