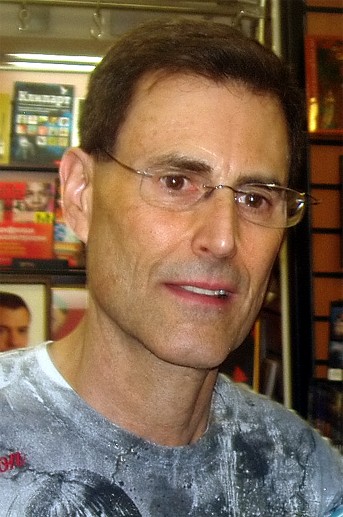 It was on this date, December 20, 1946, that Israeli psychic, clairvoyant and part-time spoon-bender Uri Geller (Hebrew: אורי גלר‎) was born in Tel Aviv, of Hungarian and Austrian heritage. He was a male model from 1968-69, and started performing psychic feats about then. By 1971 Geller had achieved international fame with his ability to erase computer tapes, stop clocks, locate minerals underground, and bend spoons. As James "The Amazing" Randi, quipped, "If Uri Geller bends spoons with divine powers, then he's doing it the hard way." Randi has written two books detailing Geller's trickery.

Another hard way to become a world-famous psychic is to sue anyone who claims that you're merely a dishonest magician performing parlor tricks for money. That Geller has lost these lawsuits doesn't seem to dampen the enthusiasm of his fans, or to have damaged his money-making prospects: he's now hawking New Age Mind Power Kits. He claims to have been tested at the Stanford Research Institute, which demonstrates only that scientists are better equipped to detect the predictable workings of nature than the trickery of conjurors.

Of course Geller finds religion, or at least prayer, useful. "You don't have to believe in God to believe that prayer can heal you and make you stronger," says Geller on his website:

Put your faith in medicine and science: prayer works as well in the lab as it does in a church or synagogue. ... If you feel stupid "praying", call it meditation instead. ... I do believe in God. My conviction is that all living things are connected, and that our energy flows between us when we focus our thoughts ardently. We call this prayer.*

Geller has not yet been able to stop a bullet, or lift a London fog, or even win the lottery. What all this flim-flammery and spoon-bending means is that Uri Geller's supposed psychic powers, even if genuine, are trivial at best. As physicist Richard Feynman said, "Because a good magician can do something shouldn't make you right away jump to the conclusion that it's a real phenomenon."**